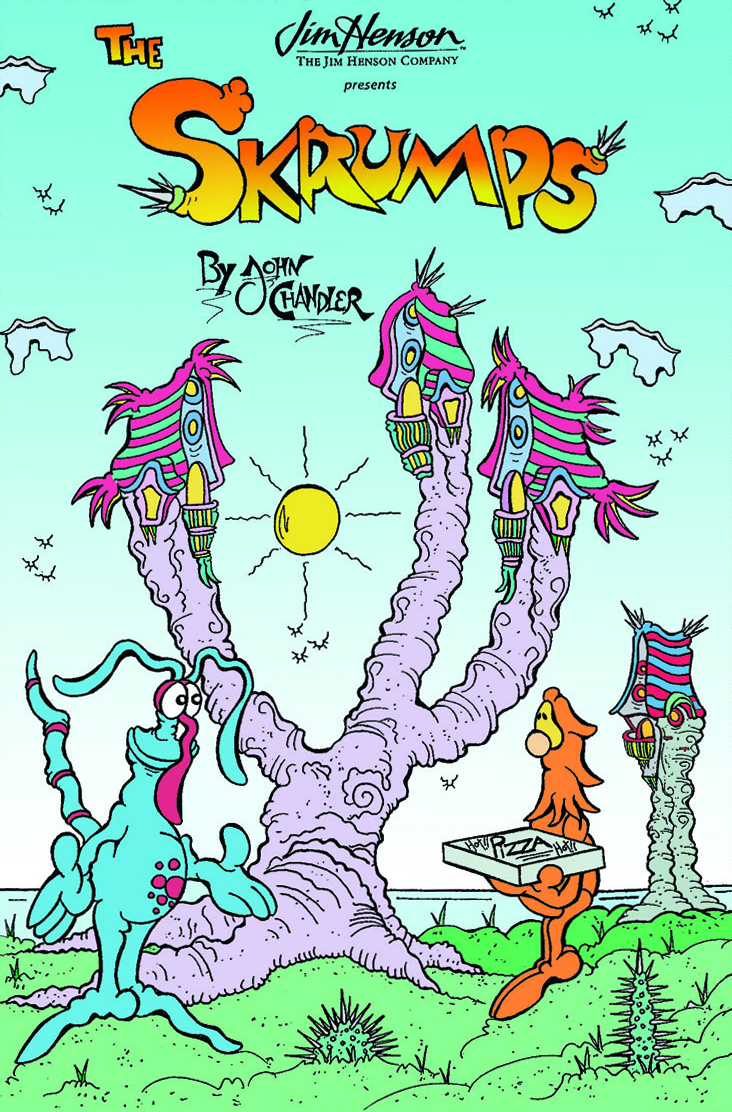 JAN110935
(W) Jason Chandler (A/CA) Jason Chandler
(W/A) John Chandler
First introduced as a bonus strip in the Fraggle Rock hardcover, The Skrumps are back in their own special issue! The Skrumps are a uniquely colorful troupe of hilarious characters that live in the imaginary world of Skrumpland. In this issue, the Mooch finds that his mooching ways might not make him as cool as he thought he was, and he gets rejected by all the Skrumps. So, he decides to start giving back by adopting an unusual pet in need of a home. But he's in way over his head as he realizes this is maybe too much for a Skrump like him to handle!