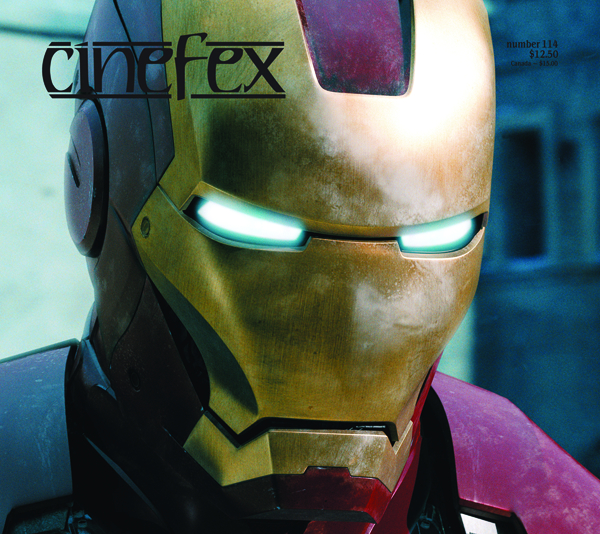 JAN094611
The premier magazine of special effects in today's films returns with features on Watchmen, Coraline, The Spirit, and more. Widely acclaimed as the greatest graphic novel of all time, Alan Moore and Dave Gibbons' Watchmen comes to theaters in March in Zach Snyder's highly-anticipated adaptation. Visual effects supervisor John DesJardin explains how he and the visual effects team as Sony Pictures Imageworks brought the alternate 1985 to the screen. Director Henry Selick returns to stop-motion animation with Coraline, based on Neil Gaiman's best-selling fantasy novel, the story of a young girl who steps through a door in her new home and discovers an alternate version of her life. Frank Miller brings Will Eisner's The Spirit to film, and The Orphanage, Digital Dimension, and Rising Sun Pictures are among the nine visual effects studios that designed the city.