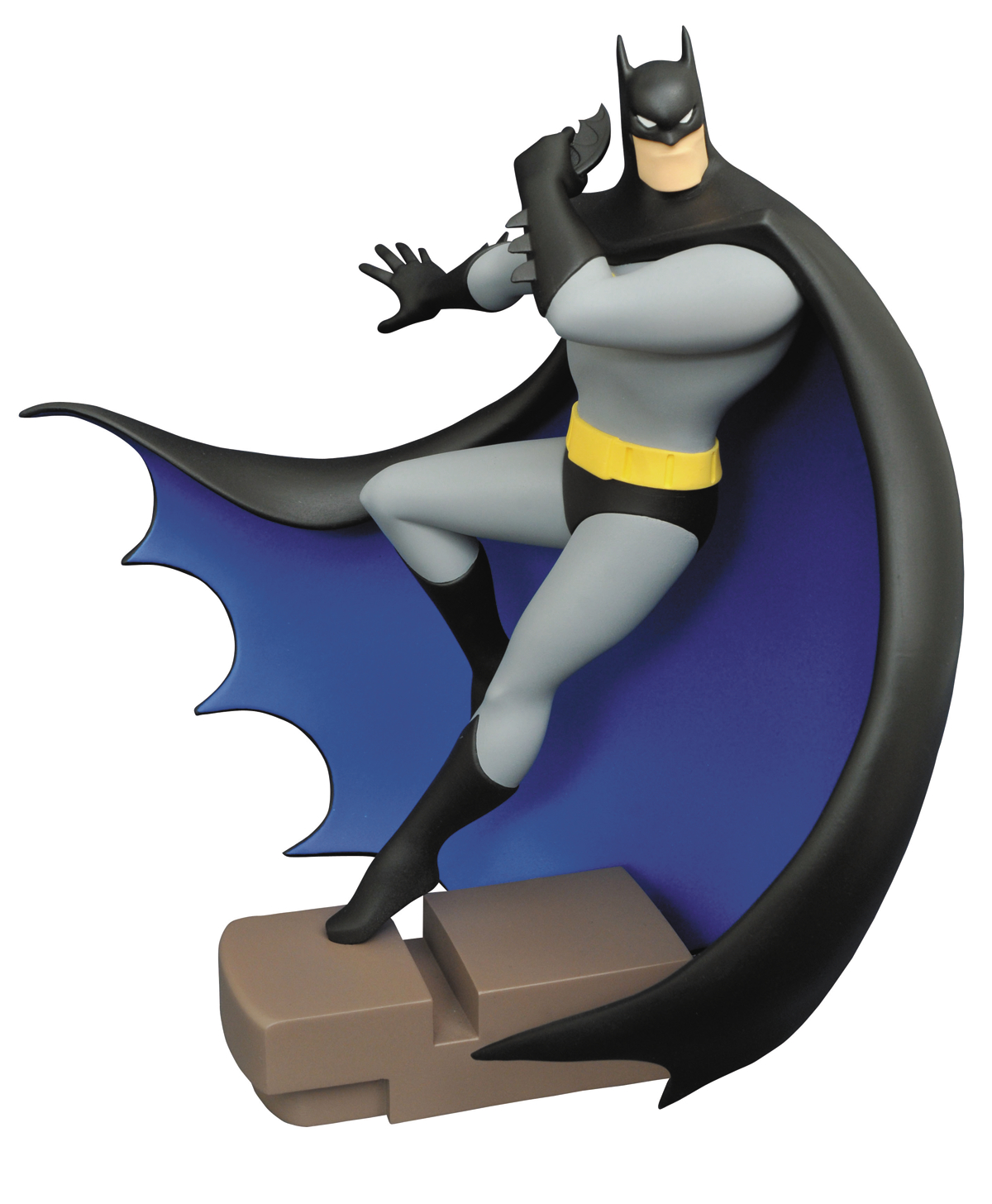 FEB162458
A Diamond Select Toys release! He is vengeance! He is the night! He is Batman, the newest PVC figure from DST! Based on his appearance in Batman: The Animated Series, this 9-inch scale static figure of Batman depicts him alighting on a rooftop, with a Batarang at the ready. Batman is in scale to previously released Femme Fatales PVC figures, including Batgirl and Catwoman, and is sculpted with a high level of detail with exacting paint applications. Packaged in a full-color window box. Sculpted by Varner Studios!