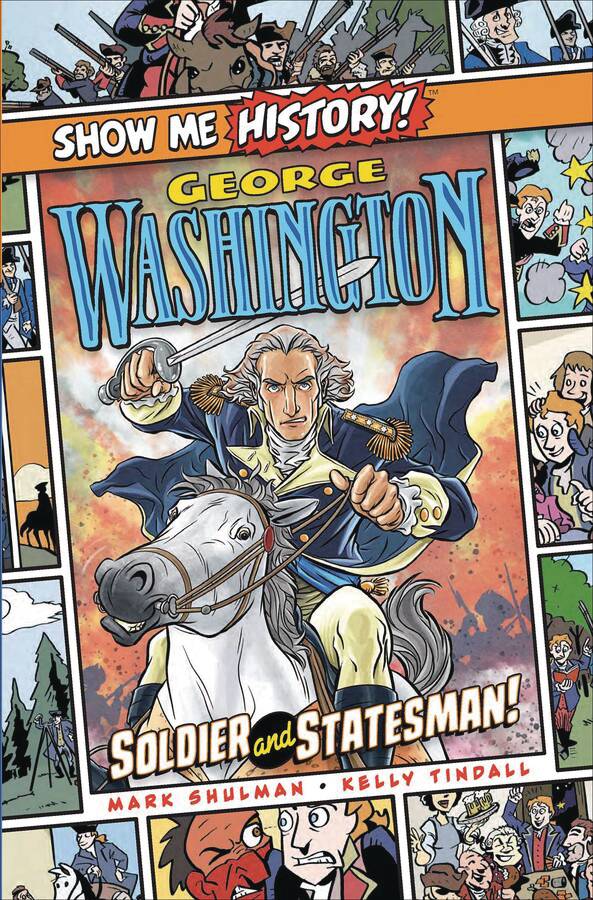 #
DEC201623
(W) Mark Shulman (A) Kelly Tindall
Known as the "Father of Our Country," George Washington lost his own father at the age of 11, was a surrogate father to Alexander Hamilton, and yet was never a father himself. In war and in peace, he left an unmistakable impression on his new nation in more ways than you know. George Washington: Soldier and Statesman! tells the story of the United States' first president. Readers of all ages will be entertained and educated by the full-color illustrations and historically accurate narrative of this graphical biography.
In Shops: Jan 27, 2021
SRP: $12.99
View All Items In This Series
ORDER SUBSCRIBE WISH LIST