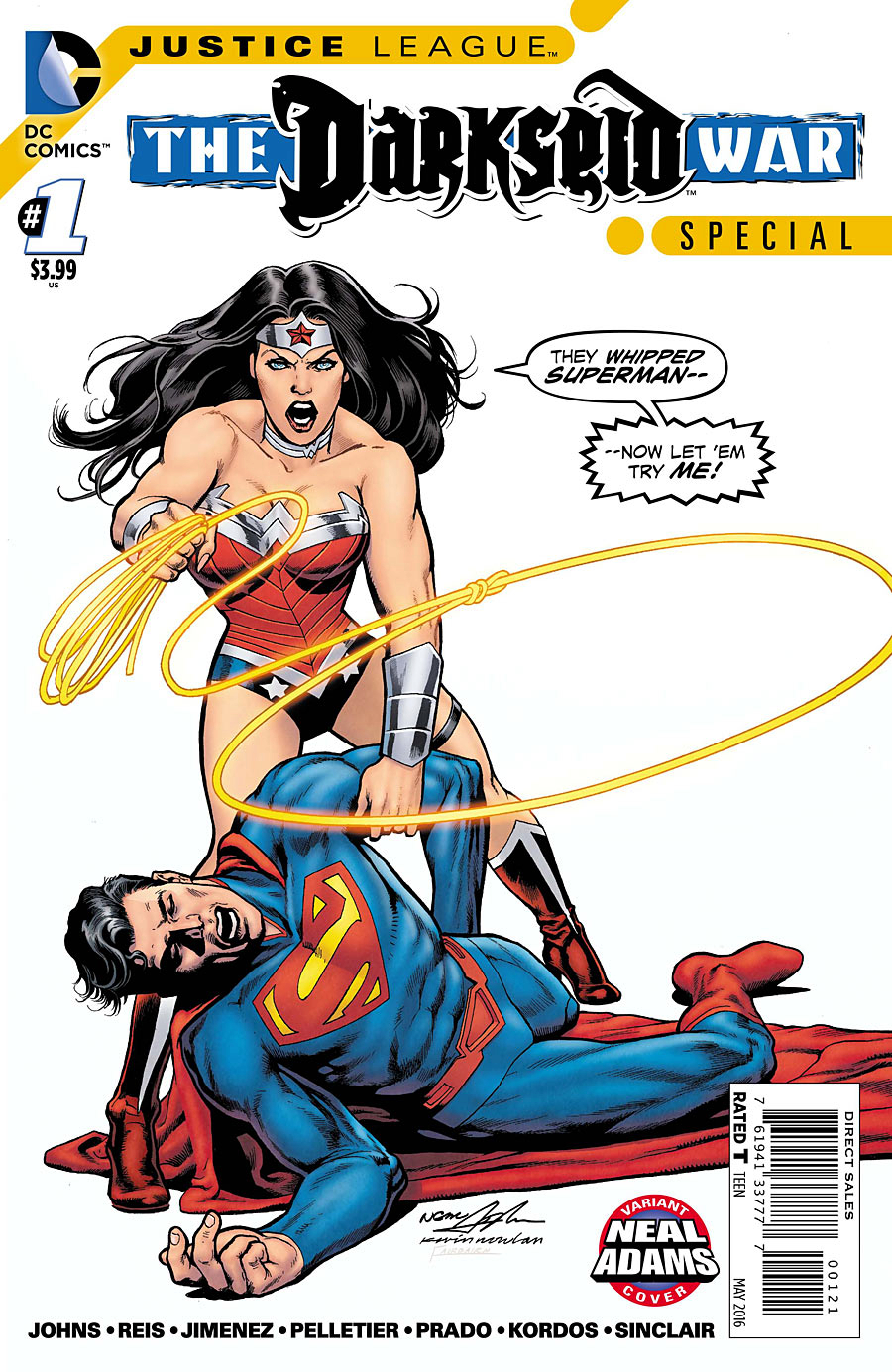 DEC150217
(W) Geoff Johns (A) Oscar Jimenez, Ivan Reis, Paul Pelletier (CA) Neal Adams
The massive "Darkseid War" epic continues to set the stages for the future of the DC Universe as we reveal the secrets behind its newest major player: Darkseid's daughter, Grail! And if the Justice League is not careful, the spoils of war will all end up with her! See the truth behind Grail's role in this war and the future of the DC Universe as she tears her way across it. Don't miss this extra-sized special offered at the regular price of $3.99!
Plus, world-renowned visualist Kim Jung Gi puts his stamp on the DC Universe with a wall-to-wall-to-wall action triptych featuring the Big Three!
In Shops: Apr 06, 2016
SRP: $3.99