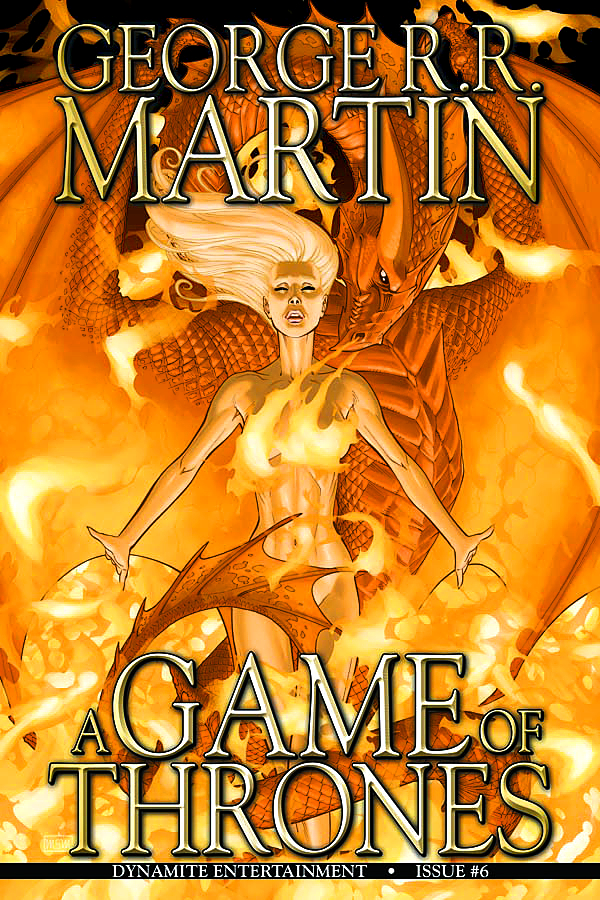 DEC111021
(W) George R. R. Martin, Daniel Abraham (A) Tommy Patterson (CA) Mike S. Miller
Daniel Abraham's adaptation of George R. R. Martin's acclaimed epic fantasy A Game of Thrones continues to cast its gripping spell.  In the savage north, Jon Snow finds new friends-and enemies-among the brothers of the Night's Watch, sworn to defend Westeros against the horrors that lie beyond the Wall. In the more civilized savagery of King's Landing, Eddard Stark learns from Catelyn of the Lannisters' involvement in the attack on Bran . . . and the murder of Jon Arryn, the previous Hand of the King. While across the Narrow Sea, Daenerys-newly wed to Khal Drogo-learns what it means to be a khaleesi of the Dothraki.