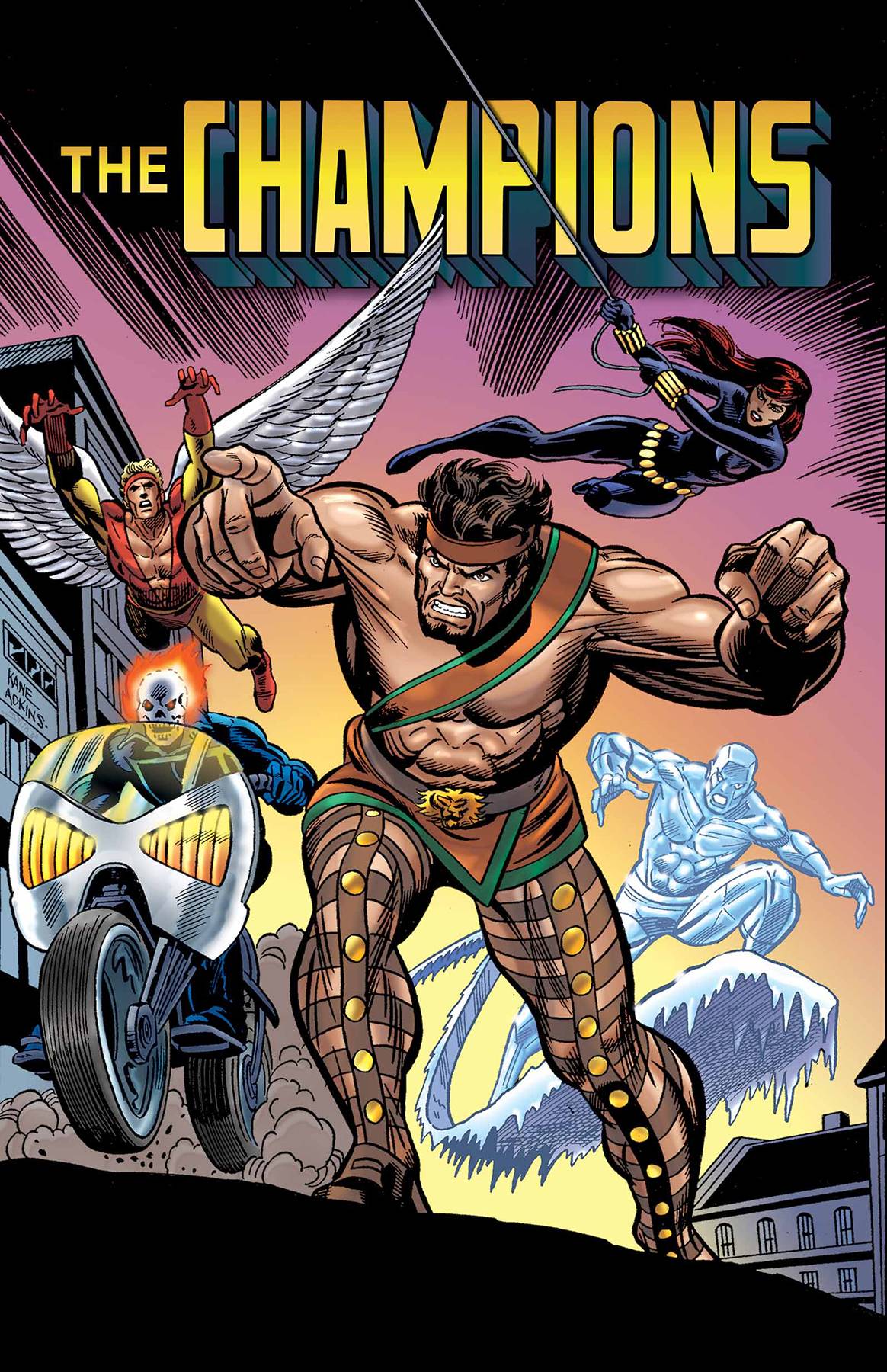 #
AUG160750
(W) Tony Isabella, Bill Mantlo (A) Don Heck, George Tuska, John Byrne, Mike Esposito, John Tartaglione, Vince Colletta (CA) Gil Kane, Dan Adkins
When fate calls, a sensational super-team answers! The avenging Angel! Hercules, Prince of Power! The deadly Black Widow! Ghost Rider, Spirit of Vengeance! And the amazing Iceman! When the Champions come together, it is legendary! So much so they'll face the mythological might of Cerberus, harpies, Amazons and Greek gods - all culminating in a wedding-stopping assault on Olympus! This mixed-up band might just be the heroes Los Angeles needs. And with the best headquarters Warren Worthington III's money can buy, and Darkstar added to the ranks, they'll be ready for the most uncanny of evils - like Swarm, Nazi scientist turned lord of killer bees! Only one group can stop the City of Angels from feeling his sting. They are the Champions - and they'll keep on fighting 'til the end! Collecting CHAMPIONS #1-3 and #14-15.
Rated T
In Shops: Oct 26, 2016
SRP: $7.99