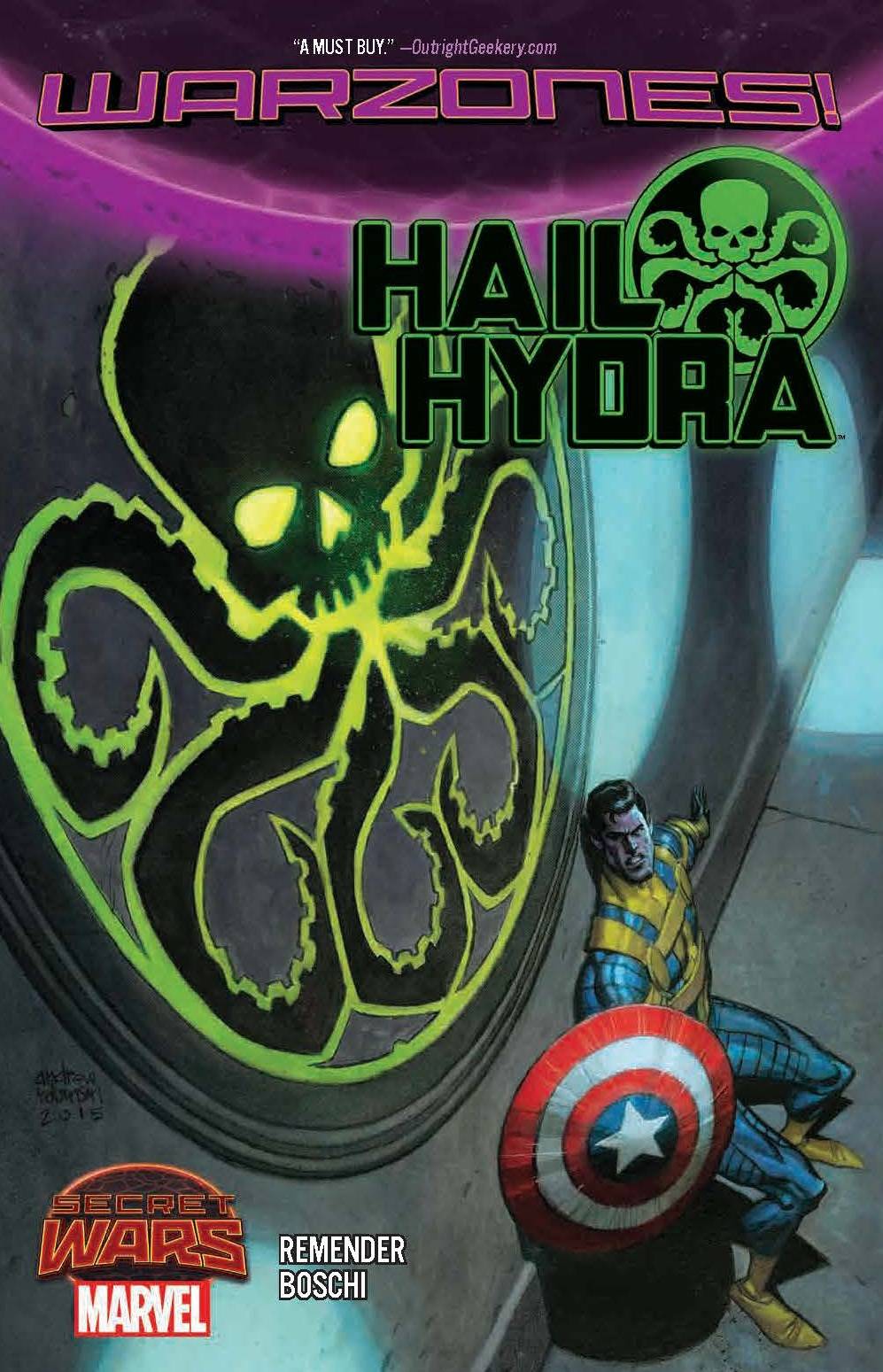 #
AUG150878
(W) Rick Remender, David Mandel (A) Michael Walsh (A/CA) Roland Boschi
Safety through obedience. Strength in conformity. Hydra is watching. Welcome to Hydra World, and its capital, New York. The city that had better sleep after curfew, if it knows what's good for it. But when Ian Rogers, the hero named Nomad, finds himself in this rotten Big Apple, he will challenge its regime of terror. Nomad is no stranger to hellish surroundings - but in Hydra's Battleworld domain, he will face a new kind of nightmare. A very personal foe with an all-too-familiar face: the Sentinel of Subjugation called Captain Hydra! As SECRET WARS rages, Nomad fights impossible odds. Can one man defeat a world? Or will he be forced to...Hail Hydra?! Plus: Hank Johnson, agent of Hydra, will make you look at faceless henchmen in a whole new light! Collecting HAIL HYDRA #1-4 and HANK JOHNSON, AGENT OF HYDRA #1.
Rated T
In Shops: Dec 30, 2015
SRP: $16.99
ORDER WISH LIST