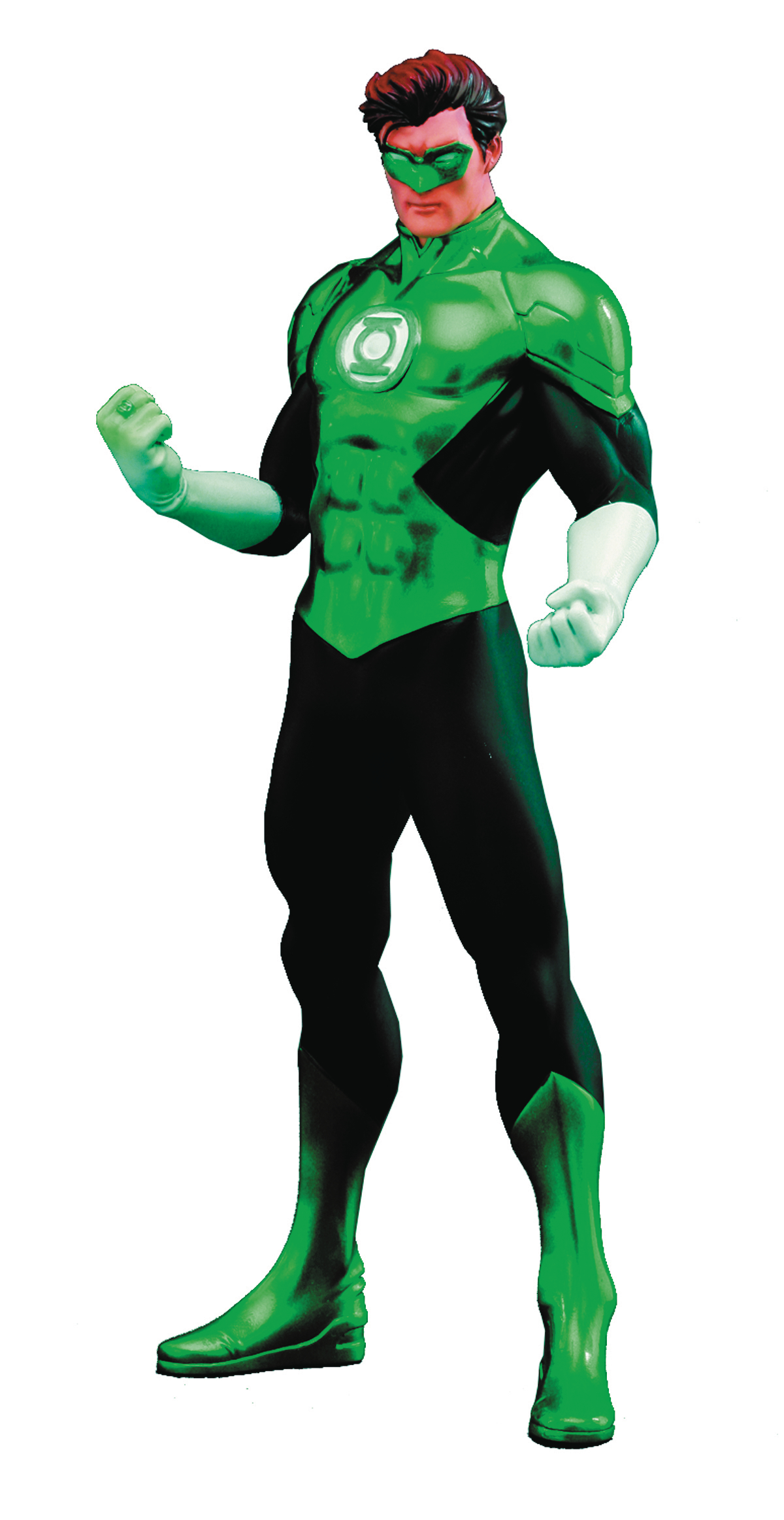 AUG121879
A KOTOBUKIYA Japanese import!  Kotobukiya's line of DC Comics "New 52" ARTFX+ Statues continues, capturing the new looks and costumes of heroes in the Justice League.  Coming hot on the heels of Superman is fellow Leaguer and Earth's first member of the intergalactic police force, GREEN LANTERN!  When Sector 2814's previous Lantern Abin Sur crashed on Earth, his ring sought a worthy successor and found test pilot Hal Jordan.  Brash and fearless, the Emerald Warrior uses his power ring to fly and create solid light constructs of whatever he can imagine.

Following Superman's lead, Green Lantern stands in a heroic pose that's perfect for a lineup of Earth's most powerful protectors.  The cocky Justice Leaguer stands with his feet apart and arms at his sides, with his right fist raised and ready to unleash his ring's energy.  Kotobukiya's excellent craftsmanship can be seen in the intricate details of Green Lantern's ring-generated New 52-style suit including the shoulder pad-like armor and of course the logo on his chest.  Jordan's green mask is perfect, as is his wind-blown brown hair.

Green Lantern stands nearly 7 inches tall (in the ARTFX+ 1/10th scale) and was sculpted by master artist Atelier Bamboo.  Magnets in his feet make him perfectly stable on his included display base, and he'll look perfect on your shelf next to the rest of the Justice League!
TM & © DC Comics. (s12)