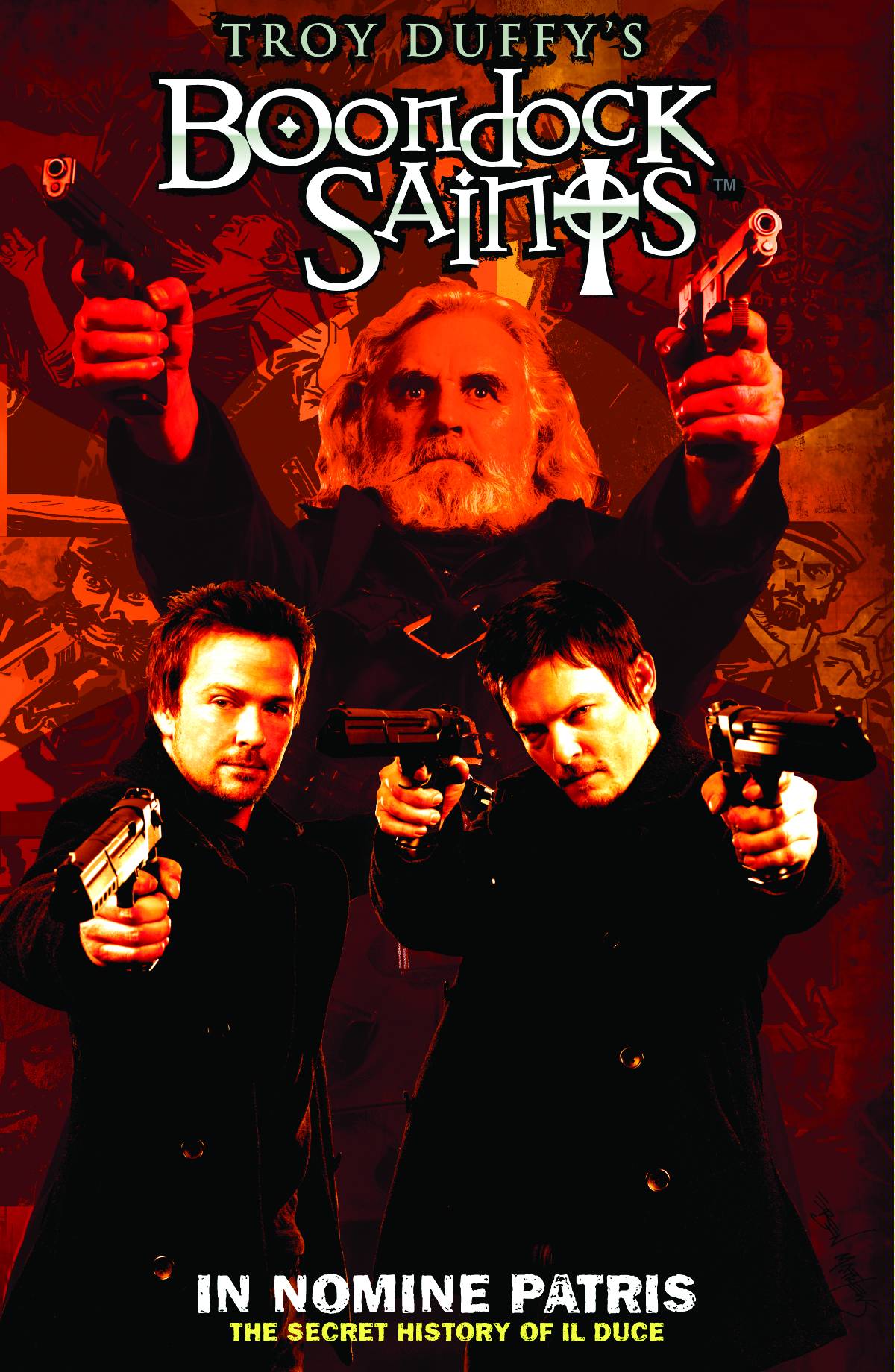 #
AUG111214
(W) Troy Duffy, J. B. Love (A) Guus Floor (CA) Eben Matthews
Launching out of the wildly successful Boondock Saints franchise, this collection chronicles the first story to take place outside of the cult-hit films. The In Nomine Patris saga is the perfect companion to the films. Discover the true story behind the original saint, Noah MacManus (Il Duce), and his bloody war against New York's 1960s Underground Crime world. Plus, Troy Duffy reveals some of what happened between the films. Includes a foreword by Sean Patrick Flanery.