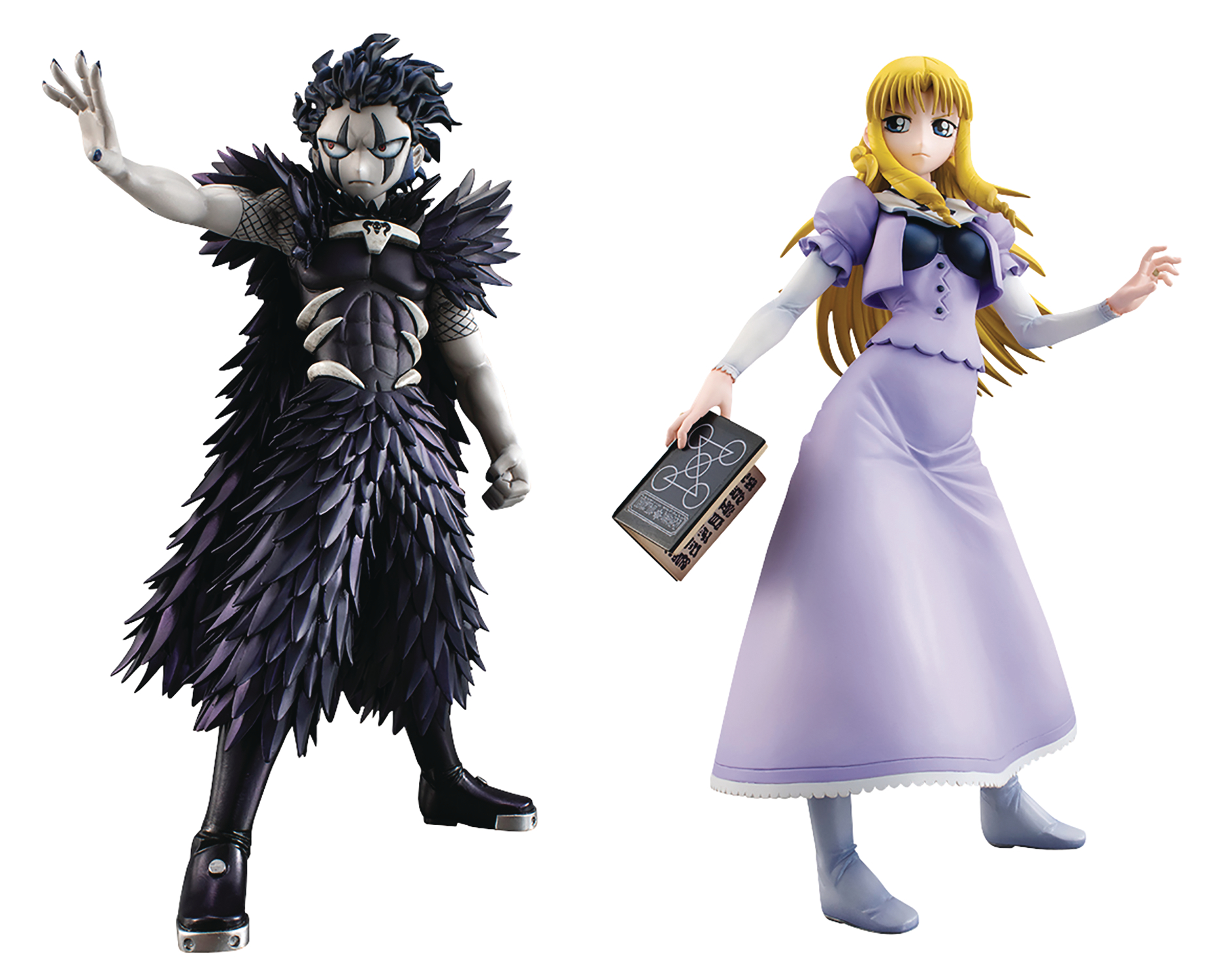 APR188977
From Megahouse. The fourth member in this series of figures from anime Zatch Bell are the man charater's rivals: Brago and Sherry! Brago is featured in his edgy outfit and Sherry has been faithfully recreated down to her blond curls! Brago stands 6 5/8" tall while Sherry is 7 1/4". This set comes with a base for display.