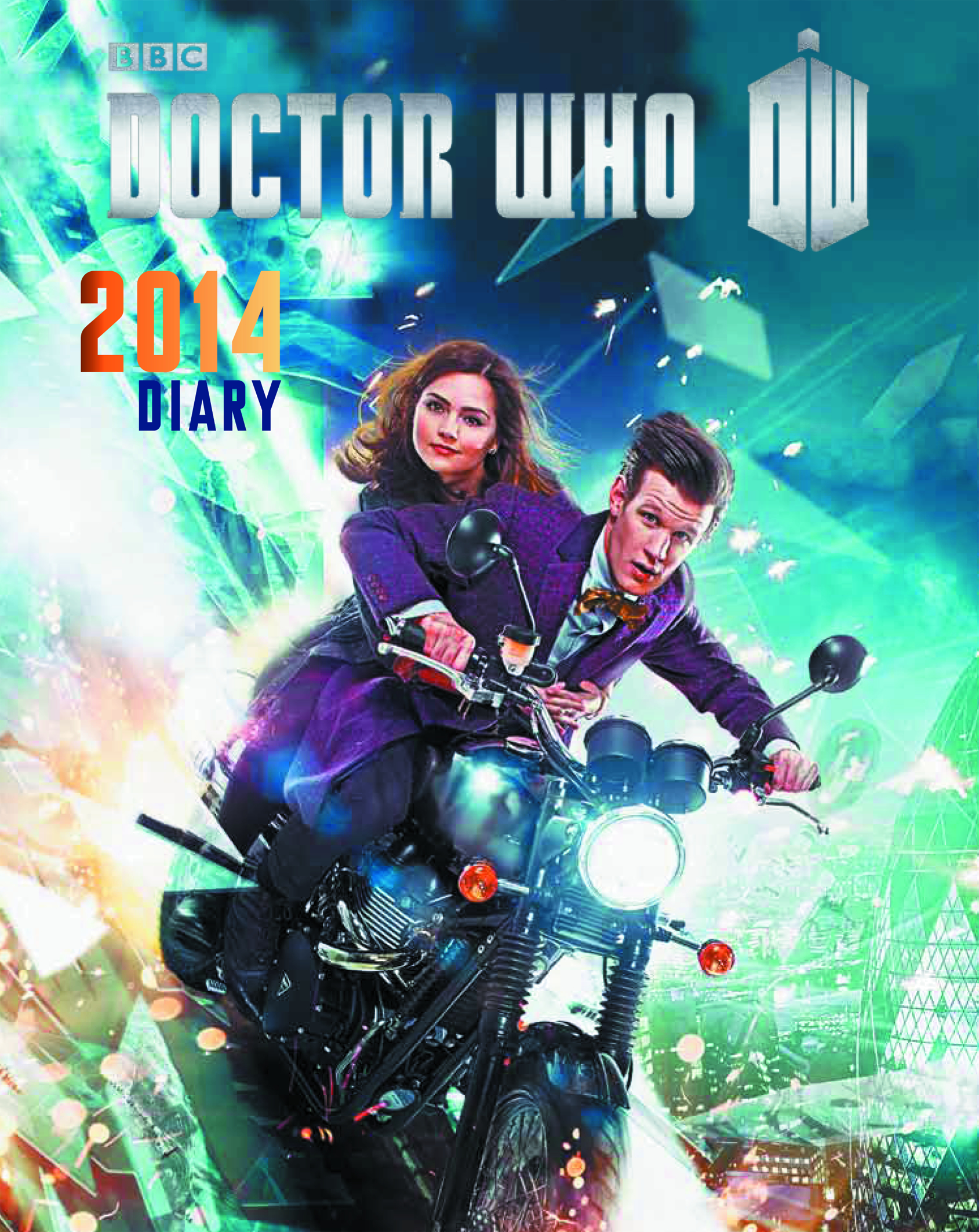 APR131409
(CA) Photo
A PREVIEWS Exclusive! The 2014 Doctor Who Diary covers the first five episodes of Series 7, starring Matt Smith as The Doctor, with Amy Pond and Rory Williams as his companions who depart at the end of "The Angels Take Manhattan" and are replaced by the Doctor's new companion, Clara Oswald. The Doctor's adventures take him to a planet-wide asylum for mad Daleks, the Old West, 1938 New York City, and a Russian submarine in 1983. Along the way he encounters some disturbing Black Cubes, the Weeping Angels, the Ice Warriors, and new-look Cybermen. The Doctor gets a new costume in this series, and the TARDIS a new interior. The diary includes a synopsis for each episode, images from each episode, and descriptions for characters and monsters throughout. Double-page spread per week. A must for fans.
In Shops: Sep 18, 2013
SRP: $18.99
ORDER WISH LIST