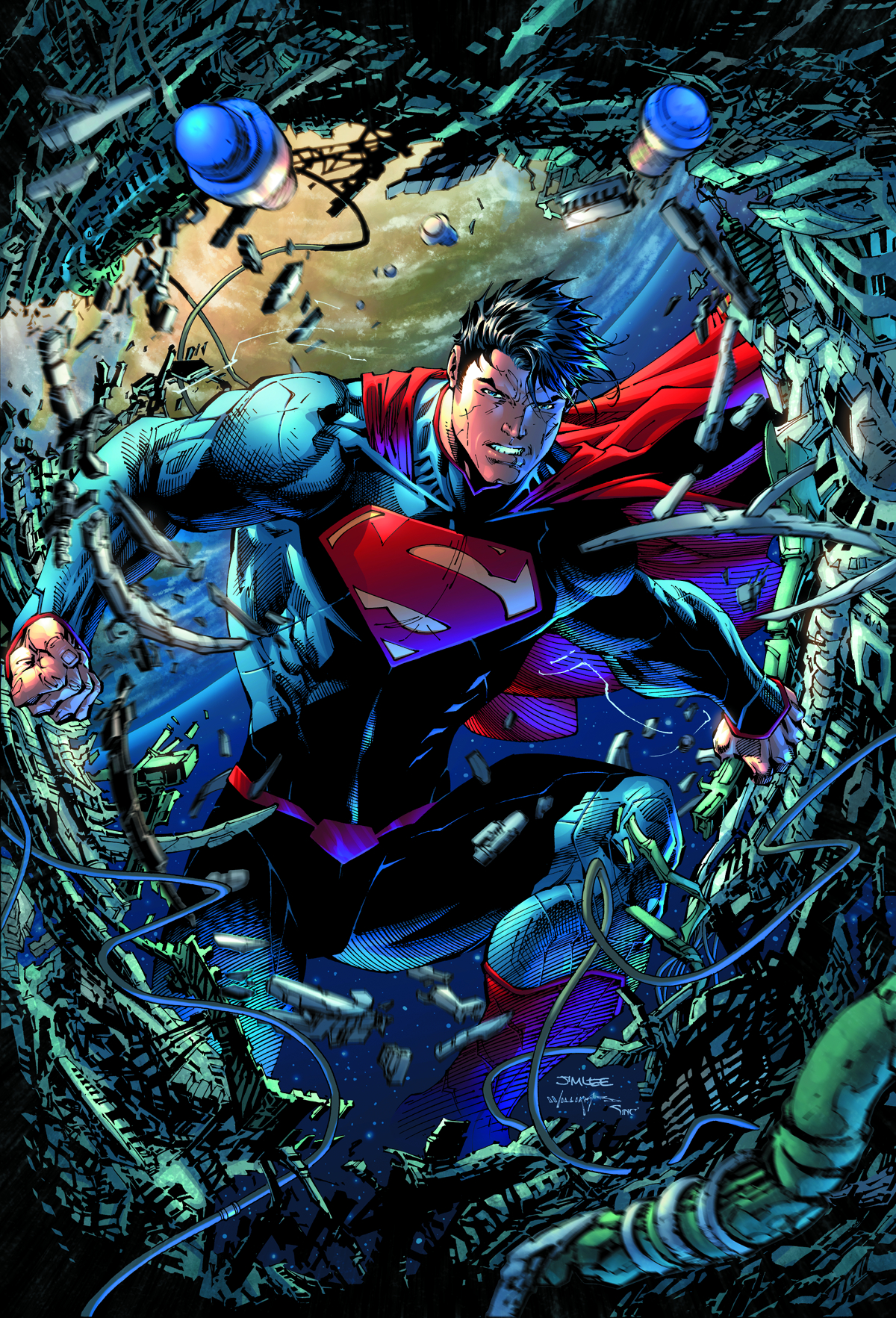 APR130107
(W) Scott Snyder (A) Dustin Nguyen (A/CA) Jim Lee, Scott Williams
When thirteen satellites fall from the sky in one day, the logical suspect is Lex Luthor-even though he's still locked up in prison! But a stranger question remains: If Superman didn't stop the last satellite from falling, who did? There's an mystery hidden where even Superman can't see it-Can The Man of Steel drag a decades-old secret into the light? Don't miss the debut of this red-hot new series from two of comics' brightest superstars: SCOTT SNYDER and JIM LEE!
In Shops: Jun 12, 2013
SRP: $4.99
View All Items In This Series
ORDER WISH LIST