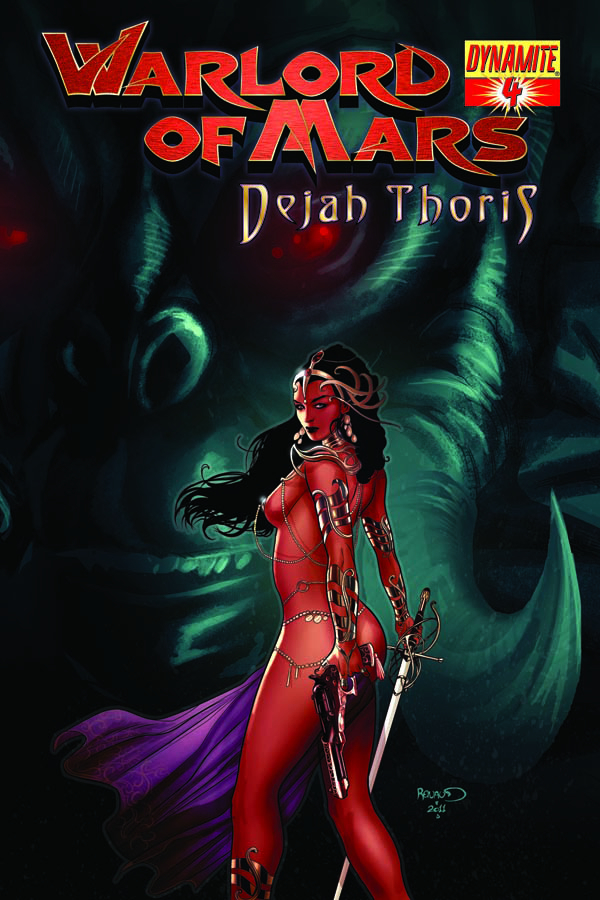 APR110954
(W) Arvid Nelson (A) Carlos Rafael (CA) Arthur Adams, Joe Jusko, Ale Garza
(W) Arvid Nelson (A) Carlos Rafael
(C) Arthur Adams (25%), Paul Renaud (25%), Joe Jusko (25%), Al Garza (25%)
Dejah Thoris has united all the red Martians nations against the Jeddak of Yorn, but they are no match for him in his living tomb, the terrible War Colossus. Dejah must turn to Yorn's son, the only one who knows the Colossus's weakness. Exploiting the weakness will require a miracle of Martian engineering, and it just so happens that Yorn's sonis a genius, the likes of which Mars has not seen for over a thousand years! All is not well, however: there is a traitor among Dejah's allies...