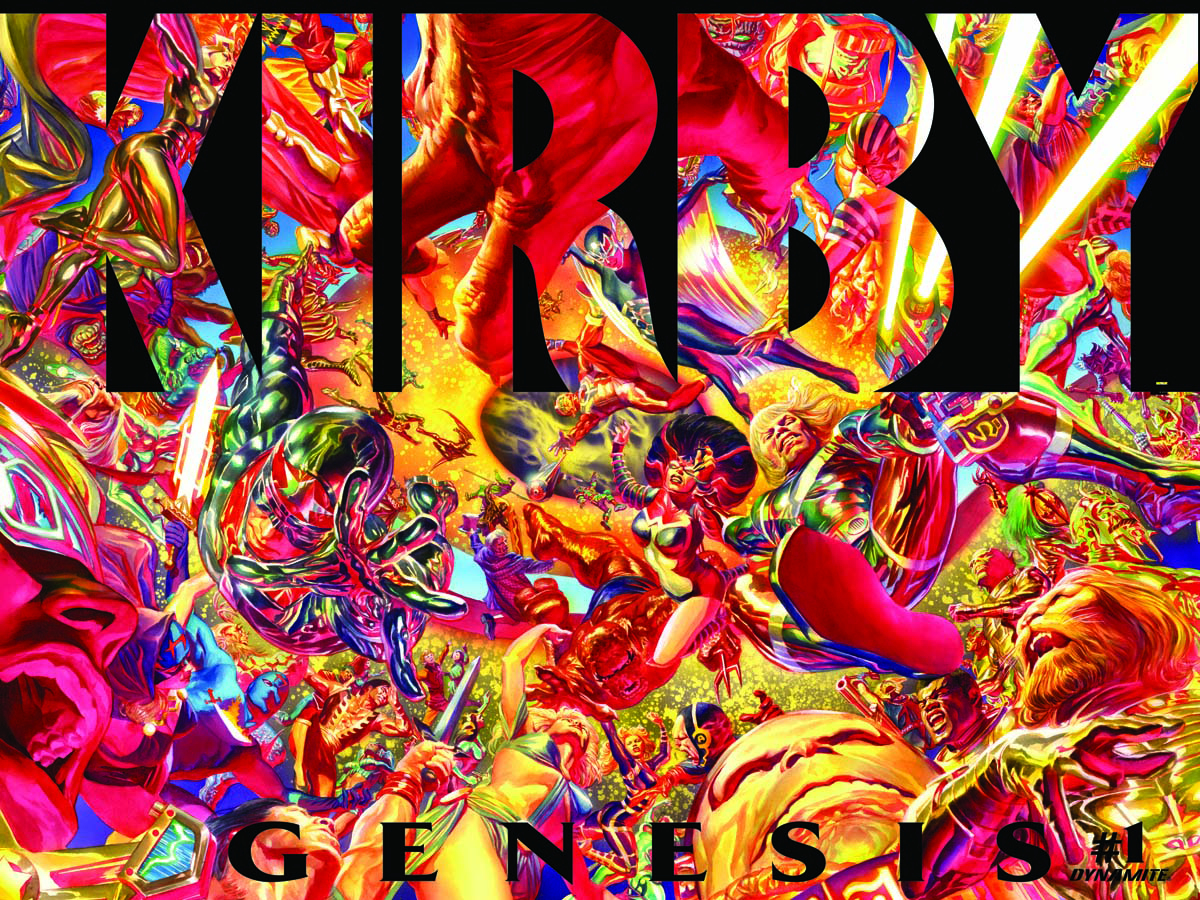 APR110933
(W) Kurt Busiek (A) Jackson Herbert (A/CA) Alex Ross
(W) Kurt Busiek, Alex Ross (A) Jackson Herbert, Alex Ross
(C) Alex Ross (3 Covers, 33% Each), Ryan Sook (1-in-5), Paul Renaud (1-in-10), Dale Keown (1-in-15)
KIRBY: GENESIS explodes into action! A message to space has been heard and answered -- but what has come to Earth isn't what anyone would expect! As cosmic visitors begin to be revealed to the world, a deadly battle begins -- and three ordinary people are caught up in it. Featuring: Captain Victory, Silver Star, the Glory Knights and more -- and this is just the beginning! Superstars Kurt Busiek and Alex Ross bring Jack "King" Kirby's creations to life in a way you'll never forget!  This is the beginning! This is the GENESIS!