Flashback Friday: A Nightmare of a Villain 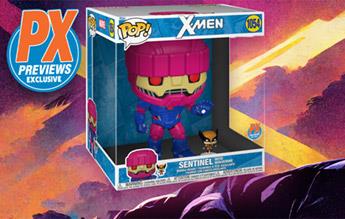 Wolverine tests his prowess against the Sentinels in this 10-Inch Jumbo PREVIEWS Exclusive Pop! figure. Available now for pre-order at your local comic shop and via PULLBOX!