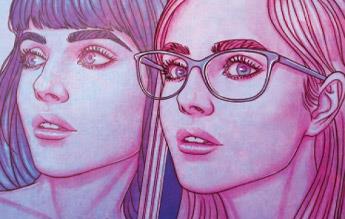 BOOM! Studios has signed a massive deal with superstar artist Jenny Frison, that will see the debut of twenty covers on top comic book series from the award-winning publisher through 2021.

Official Trailer: 'Seven Secrets' Worth Fighting And Dying For
Jul 10, 2020