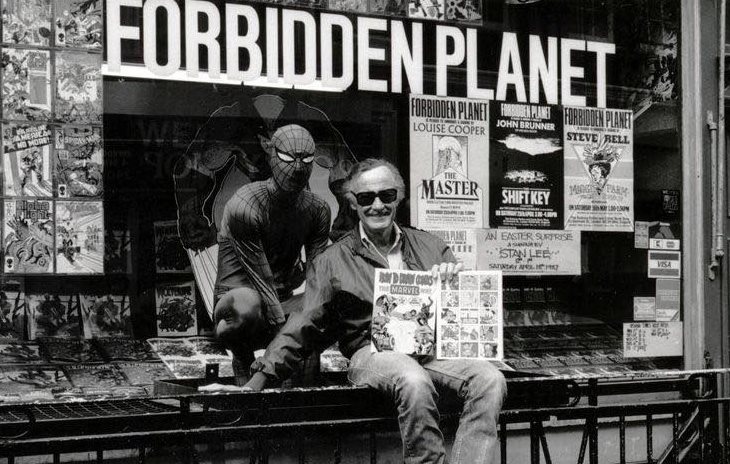 A Pop Culture Icon Makes Their Marvel Comics Debut in The Rise of Ultraman
Aug 12, 2020

Get your first look at the action that awaits in a thrilling trailer for the debut issue of The Rise of Ultraman before it lands next month!

NEW arc for the hit series, UNDONE BY BLOOD, from Zac Thompson and Lonnie Nadler, which comes out early next year.

Official Trailer: 'Seven Secrets' Worth Fighting And Dying For
Aug 12, 2020

For centuries, the Order has trusted in Keepers and Holders to guard the Secrets in seven briefcases against all harm.

Cult favorite The Ludocrats by Kieron Gillen, writer Jim Rossignol, artist Jeff Stokely, and colorist Tamra Bonvillain’s smolders with a hot alternative cover by Skottie Young for the final issue. See it inside!

Z2 has revealed that some of the interior artists collaborating on this upcoming graphic novel include: Rufus Dayglo, Deathburger, Rosi Kampe, Vasilis Lolos, and Takashi Okazaki.

This year's Halloween ComicFest brings you two PREVIEWS Exclusive variants of Cryptozoic’s Cryptkins Unleashed Cthulhu vinyl figures! One with an irradiated green glow and another with the look of a distressed forgotten idol. See them inside!

Aric of Dacia, aka X-O Manowar, is back and heading in a bold new direction following the hit first issue. Now, the action-packed second issue is set to arrive in comic shops on November 25th, 2020!

'Inkblot' Trailer: Meet the Next Generation of the Kubert Family
Aug 10, 2020

As Kimberly investigates the worst of Drakkon's secrets, she sets in motion Drakkon's final plan-one that will pit her against a fan favorite Power Rangers villain!

See the trailer for a new sci-fi epic from writer Al Ewing (Immortal Hulk) and artist Simone Di Meo (Mighty Morphin Power Rangers), about one man’s unrelenting quest throughout space to discover the truth—no matter where it takes him. Available in stores September 2020.

Earth's Mightiest Heroes fight an intergalactic foe on three fronts! It's mystery, magic and mayhem, in the Mighty Marvel Manner!

InHyuk Lee is known for his incredible digital artwork and art style. And now the world-renowned artist’s new cover is revealed, oozing with intensity as Shang-Chi faces his dangerous new mission.

Titan Comics and Guerrilla embark on an exciting adventure together, as they announce the first original comic book series set in the world of the global smash-hit PS4 game Horizon Zero Dawn.

WE ONLY FIND THEM WHEN THEY’RE DEAD is the latest release from BOOM! Studios’ eponymous imprint, home to critically acclaimed original series, including Once & Future by Kieron Gillen and Dan Mora.

Nominations for the 2020 Dwayne McDuffie Award for Diversity in Comics are Open
Aug 03, 2020

The 32nd Annual Will Eisner Comic Industry Awards were presented at a virtual ceremony on Friday evening, July 24.