Your First Look at The Lost City of Heracleon a New Graphic Novel From BOOM! Studios 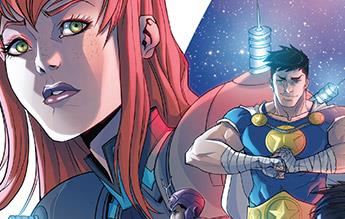 Fan favorite Steve Orlando teams up with Davide Tinto for a superhero story unlike any other in the forthcoming Commanders in Crisis.

Robocop Glows In The Dark For Halloween ComicFest
Jul 05, 2020

PREVIEWS Prevue: Superheroes Are Not Serious Business In 'Bigs And Tiny'
Jul 02, 2020