Your First Look at Happiness Will Follow From BOOM! Studios 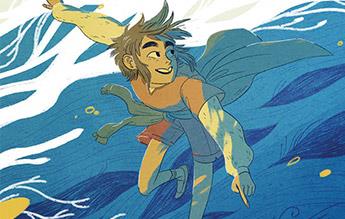 Join Ripley on a journey to discover who she truly is, and reminding us that showing others your true colors can help you see theirs, too.

Get an Early Look at the Adventures of Space Bear from Ethan Young
Feb 11, 2020

Your First Look at The Lost City of Heracleon a New Graphic Novel From BOOM! Studios
Feb 11, 2020