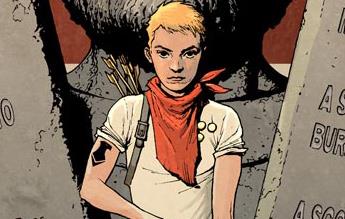 Aftershock Invites Readers to a Post-Apocolpyse Where Scout's Honor Rules All
Sep 29, 2020

Scout's Honor takes place years after a nuclear apocalypse, where a new society has risen from the ashes...and their bible is an old Ranger Scout manual.

PREVIEWS Prevue: Who Will Save Archer's Peak in 'Something is Killing the Children' #11
Sep 28, 2020