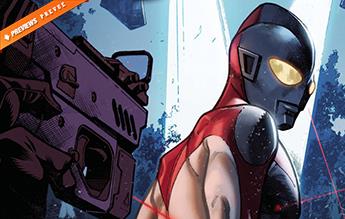 Overrun by Kaiju and pinned behind enemy lines, Kiki could really use the help of the newly merged Ultraman - but what went wrong with the merging process, and how will that impact our hero?

Allnighter to Bring The Strange Talent of Luther Strode to Screen as Feature Film
Oct 29, 2020

Heroes of the Marvel Universe Unite Against Knull in the King in Black #1 Trailer
Oct 28, 2020