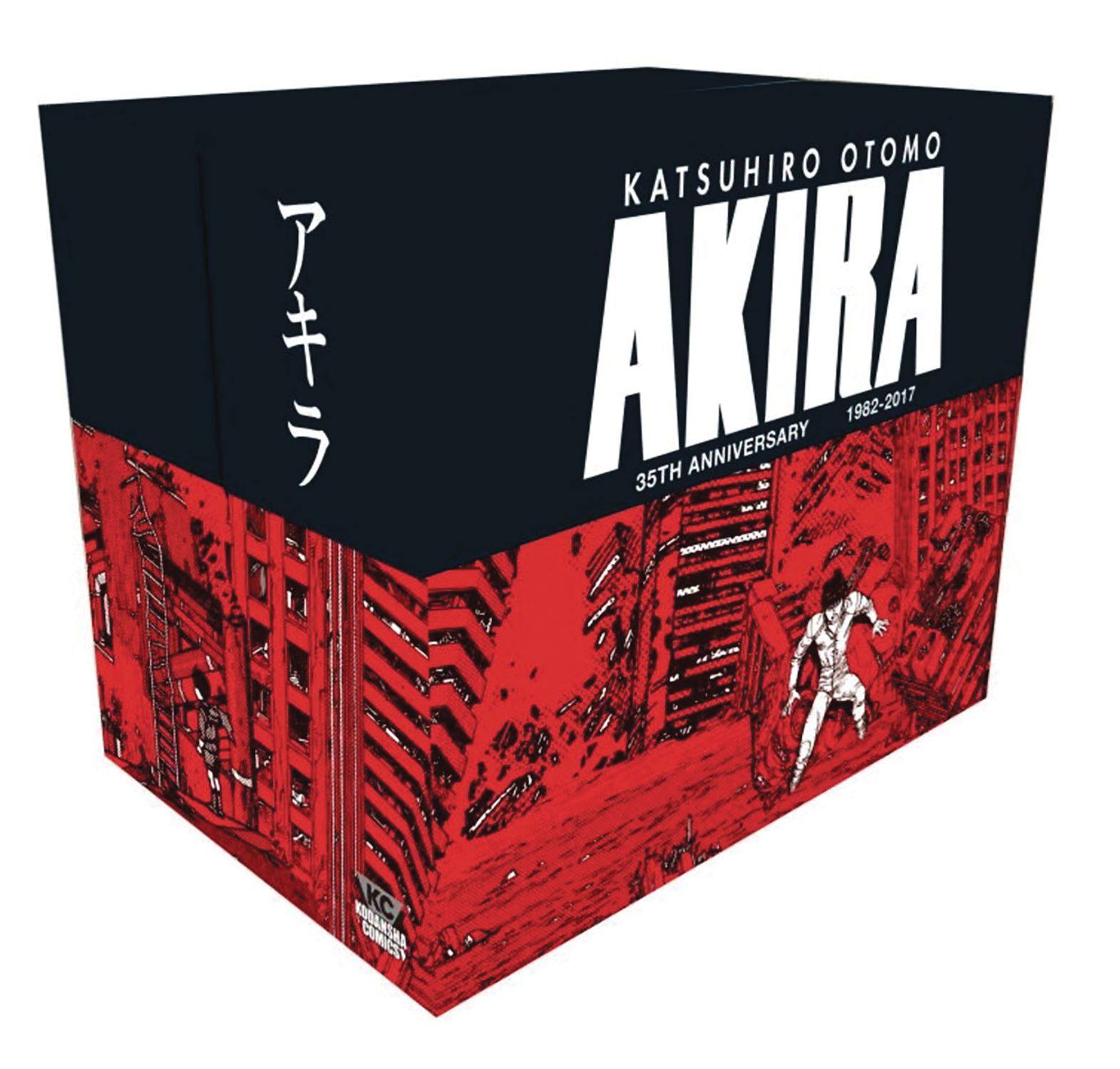 AUG171816
(W) Katsuhiro Otomo (A/CA) Katsuhiro Otomo
In 1982, Kodansha published the first chapter of Akira, a dystopian saga set in Neo-Tokyo, a city recovering from thermonuclear attack where the streets have been ceded to motorcycle gangs and the rich and powerful run dangerous experiments on destructive, supernatural powers that they cannot control. An all-new, complete 35th anniversary hardcover box set of one of the most acclaimed and influential comics of all time, with the original Japanese art and right-to-left reading format for the first time! The science fiction epic that changed anime and manga forever is presented in six beautiful hardcover volumes, plus the hardcover Akira Club art book and an exclusive patch with the iconic pill design.
In Shops: Nov 08, 2017
SRP: $199.99