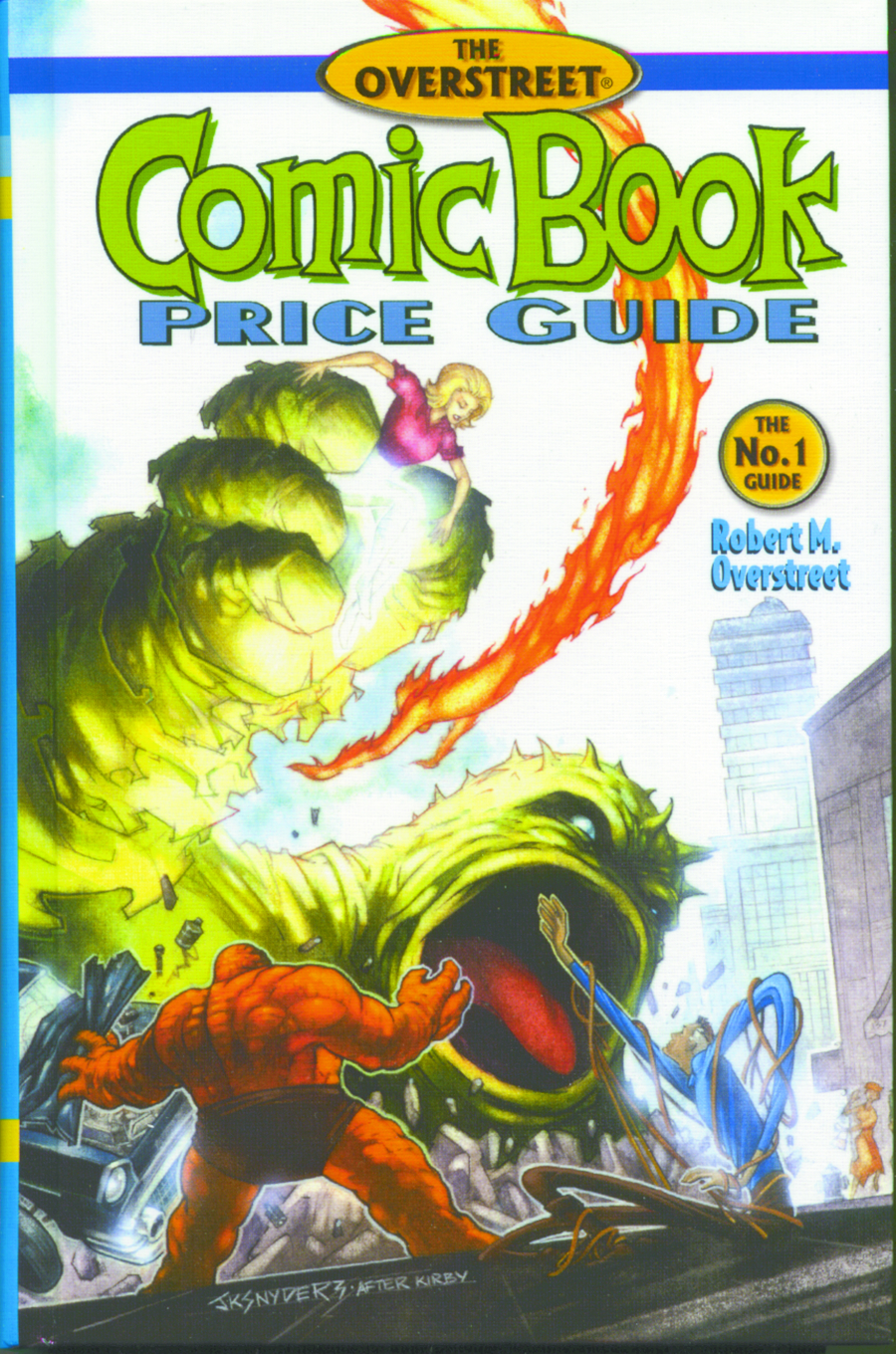 STAR13177
(W) Robert M. Overstreet (A/CA) Various
by Robert M. Overstreet; Covers by Murphy Anderson & John K. Snyder III
Enter a new era of collecting with The Overstreet Comic Book Price Guide! The all-new, 31st edition offers a choice of covers by Silver Age legend Murphy Anderson (recreating Bob Kane's cover to Detective Comics #31) and John K. Snyder III (recreating Jack Kirby's cover to Fantastic Four #1), along with an amazing assembly of articles about the comics and their creators. In addition to the best-researched pricing in the hobby, you'll find market reports, key sales, in-depth historical information, tips on grading, and the most complete record of comic books from the 1800s to the present. You'll also find features on the 40th anniversary of Marvel's landmark Fantastic Four #1; Wonder Woman's 60th anniversary; profiles of cover artists Murphy Anderson and John K. Snyder III; a look at the phenomenal Platinum Age success of The Brownies; and the work of the hottest creator in comics right now, writer-artist Brian Michael Bendis! This edition also includes an updated directory of fan websites and much more! Since 1970, only one comic book price guide has been dubbed "the Bible" for casual and die-hard collectors alike. While others have come and gone, The Overstreet Comic Book Price Guide has become the premiere reference source for the hobby, covering more than a century of comic book history!