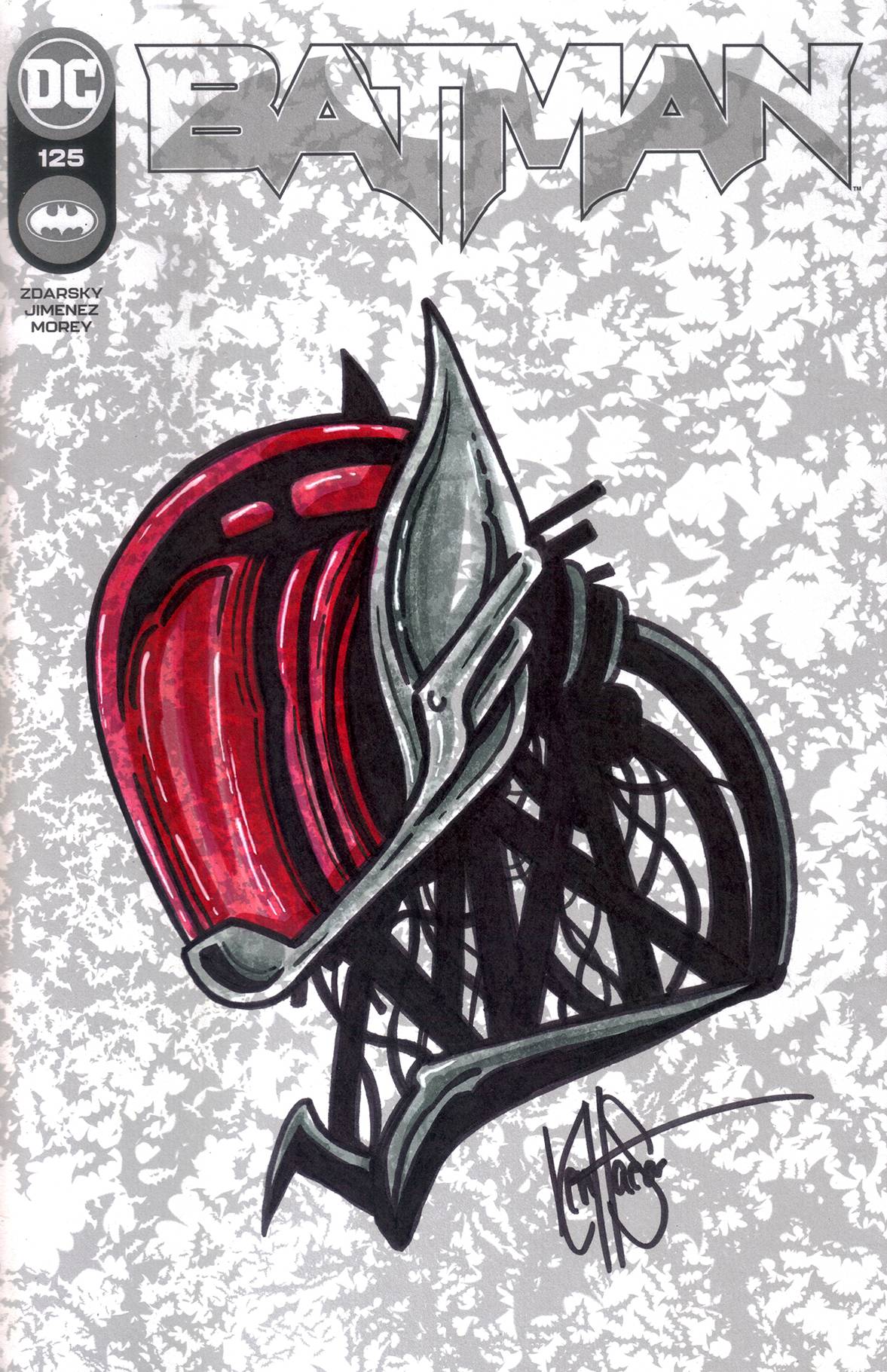 #
SEP221552
FAILSAFE, PART ONE / TWO BIRDS, ONE THRONE, PART ONE - Superstar writer Chip Zdarsky joins legendary artist Jorge Jiménez to define a new era in Batman! Bruce Wayne is at a turning point, haunted by dreams of a dark future, while Gotham City billionaires are being gruesomely murdered. With the discovery of an archenemy's involvement and a tragedy unfolding, the Dark Knight's nightmares are just beginning. And in the backup, there's chaos in Gotham as the underworld fights over one of its crown jewels...and Selina Kyle is caught in the middle. Can she stop the bloodshed and maybe even make a little money in the process?
In Shops: Nov 30, 2022
SRP: $83.00
ORDER WISH LIST