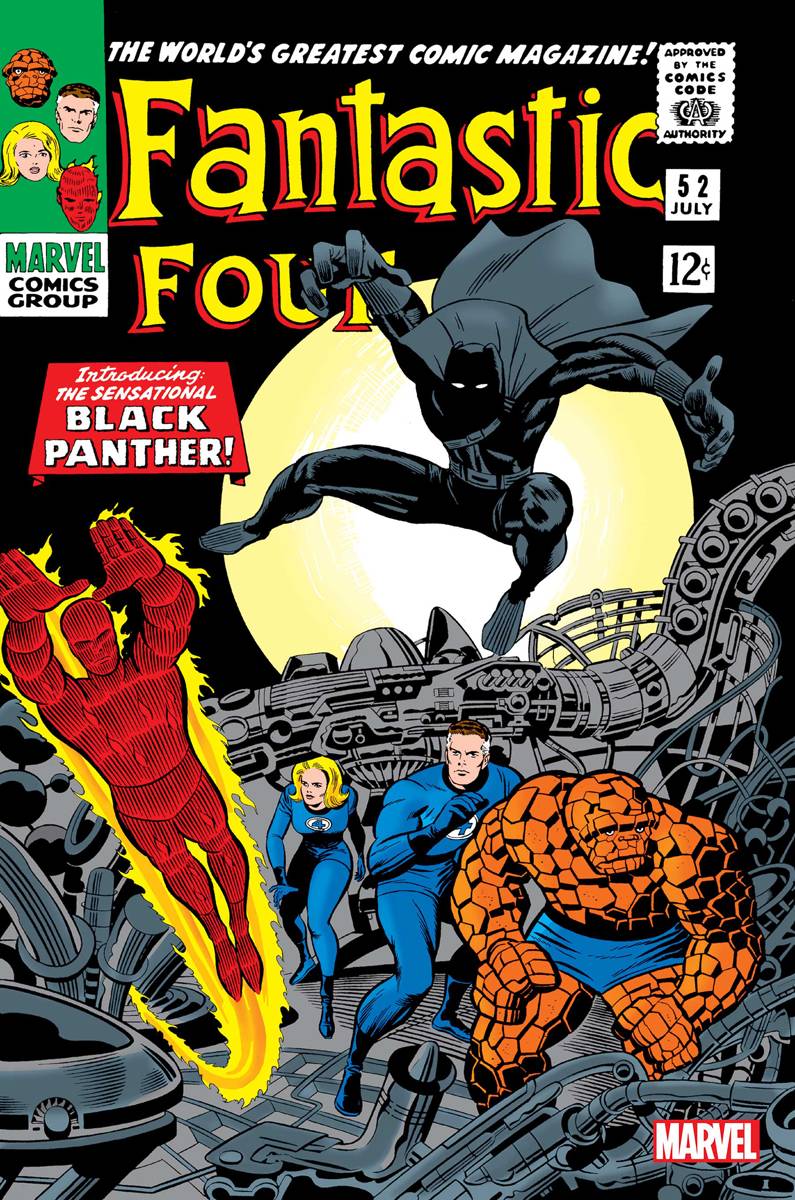 #
SEP221016
(W) Stan Lee (A/CA) Jack Kirby
The first appearance of the Black Panther - from the wild imaginations of Stan Lee and Jack Kirby at the peak of their creative powers! On a mission in the remote African nation of
Wakanda, the Fantastic Four encounter T'Challa, the warrior king - and one by one, Reed, Sue, Ben and Johnny are bested by the mighty monarch! But when Wakanda comes under attack by Ulysses Klaw and his monstrous creations made of pure sound, the FF and the Black Panther forge an alliance for the ages - and one of the Marvel Universe's most iconic heroes shows his true mettle! It's one of the all-time great Marvel comic books, boldly
re-presented in its original form, ads and all! Reprinting FANTASTIC FOUR (1961) #52.