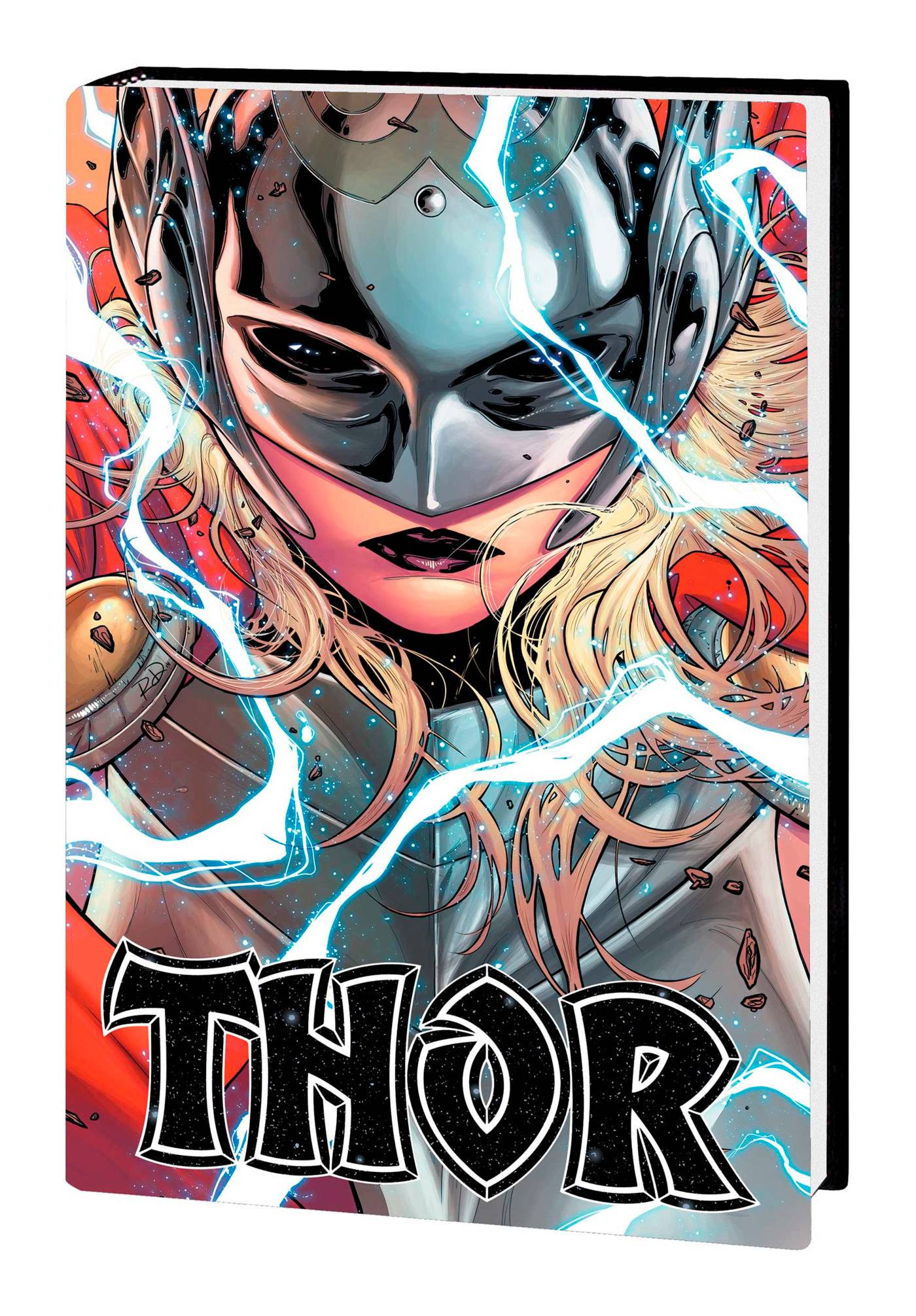 #
SEP211039
(W) Jason Aaron, More (A) Esad Ribic, More (CA) Russell Dauterman
Writer Jason Aaron and legendary artistic collaborators including Esad Ribic and Russell Dauterman begin a truly epic saga of Thor - whoever he or she may be! Across the ages, gods are vanishing, and Thor must unite with his past and future selves to stand against Gorr the God Butcher! Meanwhile, Malekith the Accursed begins a bloody rampage that will spread war throughout the realms. Which makes it a terrible time for the Odinson to be rendered unworthy of lifting Mjolnir! Another hero will hold the hammer high, fighting for Asgard and Midgard as Thor - the Goddess of Thunder! She'll battle Malekith, Loki, Roxxon...and even Odin! But who is she under the mask? And what is this new Thor's terrible secret? Collecting THOR: GOD OF THUNDER #1-25, THOR (2014) #1-8, THOR ANNUAL (2015) #1, THORS #1-4 and MIGHTY THOR (2015) #1-12.
Rated T+
In Shops: Apr 27, 2022
SRP: $125.00
View All Items In This Series
ORDER SUBSCRIBE WISH LIST