REGARDING MATTER OF OSWALDS BODY #1 (OF 5) CVR A LUCA 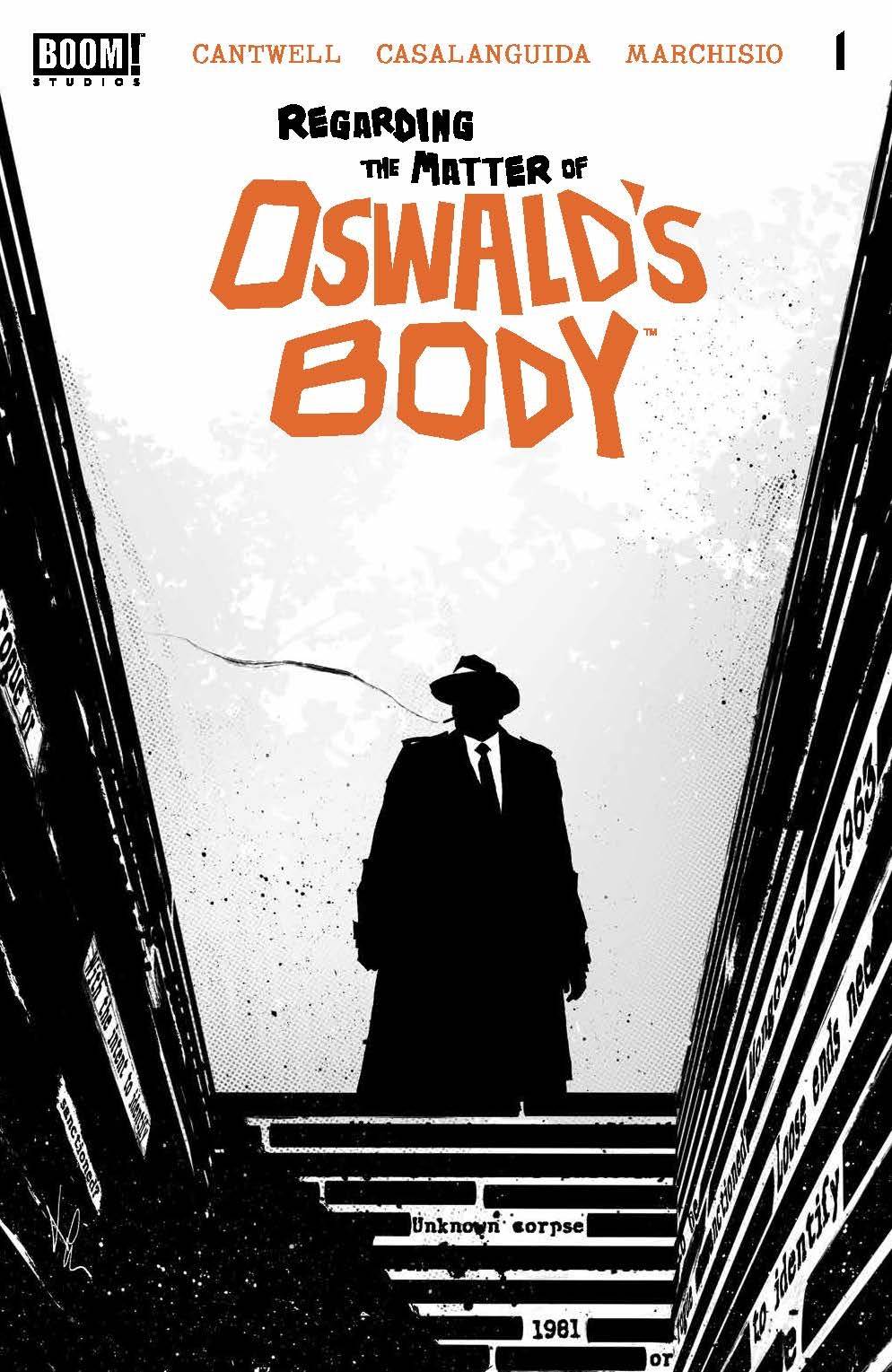 The Kennedy assassination is a rat's nest of conspiracy theories: mafia involvement, the second gunman, government cover-up... but the most important chapter of this sordid tale may just be the theory that the body buried at Oswald's Rose Hill gravesite is not actually Lee Harvey himself.

Meet the ragtag group of "useful idiots" who are unwittingly brought together to clean up the crime of the century - a wannabe cowboy from Wisconsin, a Buddy Holly-idolizing (former) car thief, a world-weary Civil Rights activist ready for revolution, and a failed G-Man who still acts the part - and specifically, regarding the matter of Oswald's body.

For fans of Department of Truth and Time Before Time comes an off-kilter crime thriller set in the shadows of history's greatest conspiracy by Eisner Award-nominated writer, producer, and director Christopher Cantwell (Iron Man, The United States of Captain America) and artist Luca Casalanguida (Lost Soldiers, Scout's Honor).
In Shops: Nov 10, 2021
SRP: $3.99
View All Items In This Series