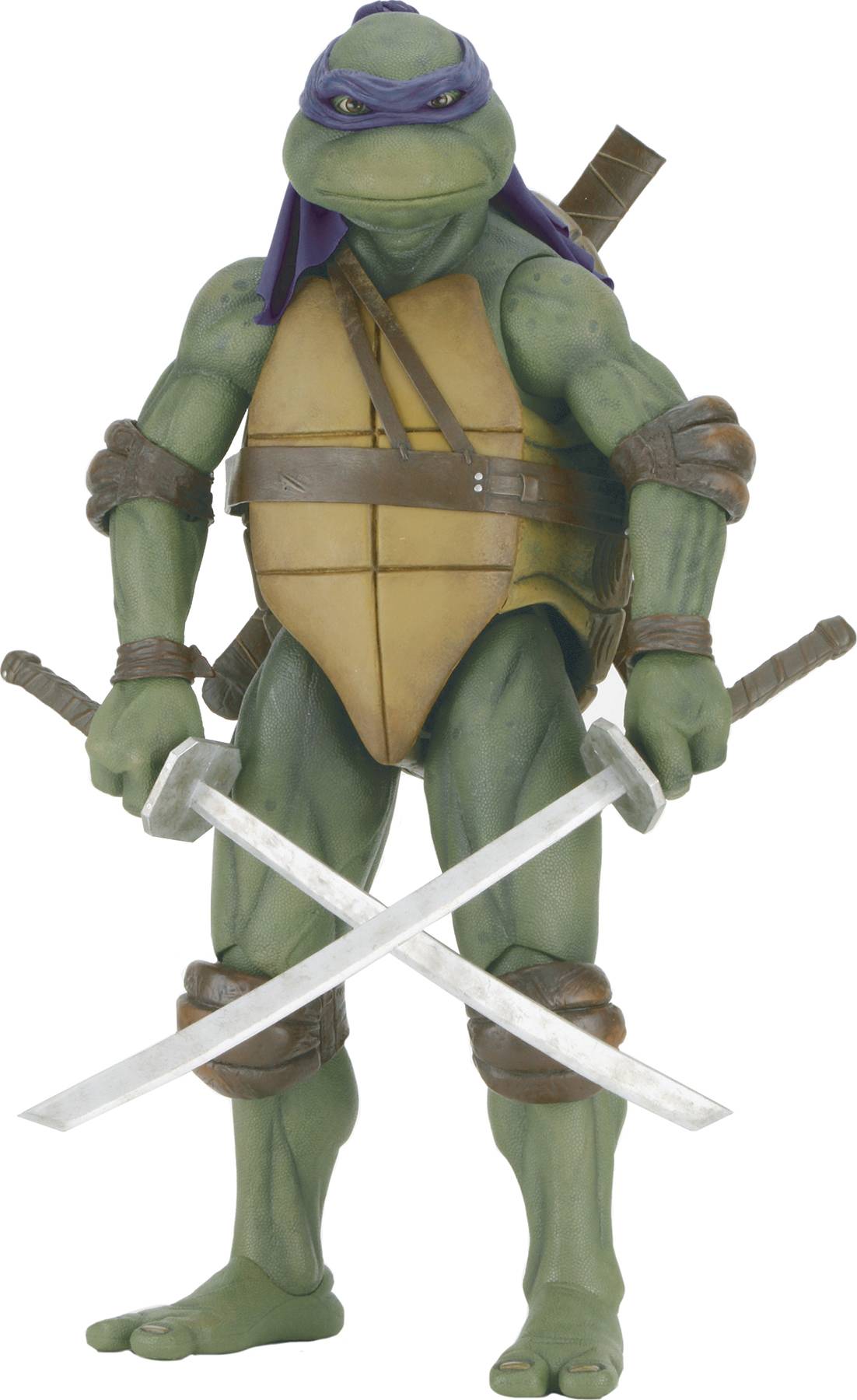 #
SEP209282
From NECA. New Production Run! Radical, dudes! NECA's third and fourth 1/4-scale action figures from the 1990 Teenage Mutant Ninja Turtles movie are Leonardo, the leader of the Turtles, and Michelangelo, the easy-going one.. No one works, studies or trains harder than Leonardo. He has the respect of his brothers, and leads by example, not by giving orders. On the other hand, No one loves being a Turtle (or pizza) more than Michelangelo! Leonardo and Michelangelo stand 16 1/2" tall and features 30 points of articulation, including double elbow joints, to fully showcase his stealthy moves. The figure is highly detailed and entirely accurate to the movie. Leonardo comes with katana accessories that fit in scabbards on the back of his shell, unbroken mutagen canister, slice of pizza (no anchovies) and interchangeable hands. Michelangelo comes with two nunchucks, slice of pizza, bag of pork rinds and alternate interchangeable hands.