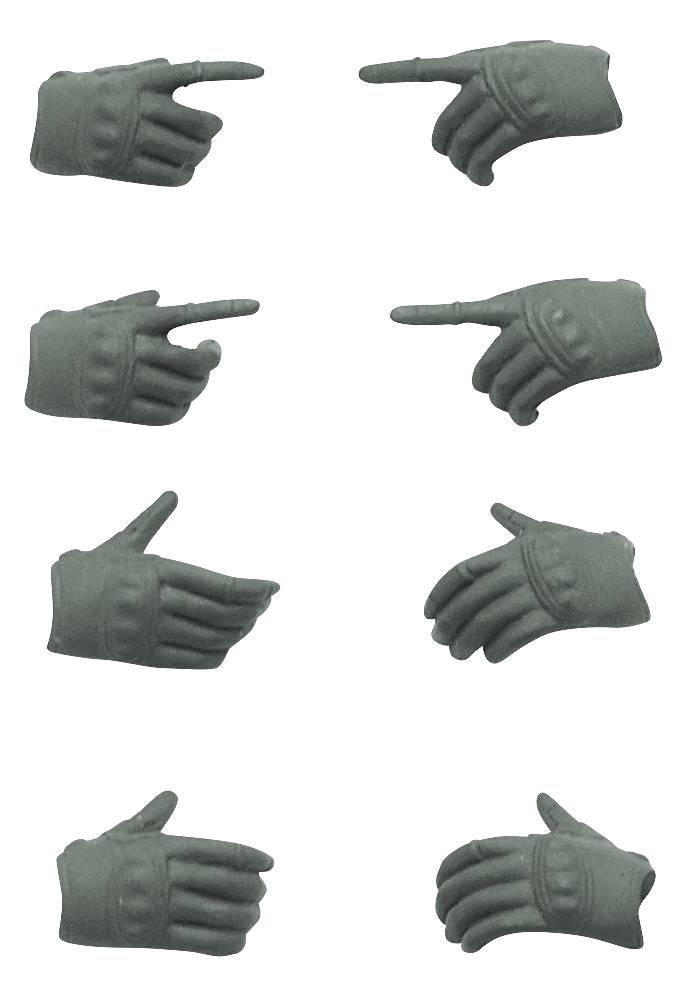 # # # #
SEP208203
From Tomytec. TOMYTEC's LittleArmory series is a set of weapons that can be used by 1/12-scale figures. This set of figma hands allows figma figures to hold the weapons from the LittleArmory set! The hands are modelled off tactical gloves with knuckle guards, which combined with the realistic guns in the LittleArmory series will leave your figma ready for anything! Parts are sold as a connected plastic kit. Parts require no assembly but do require tools to be cut apart. LittleArmory weapons and figma figures are not included. This kit includes the hand parts only.