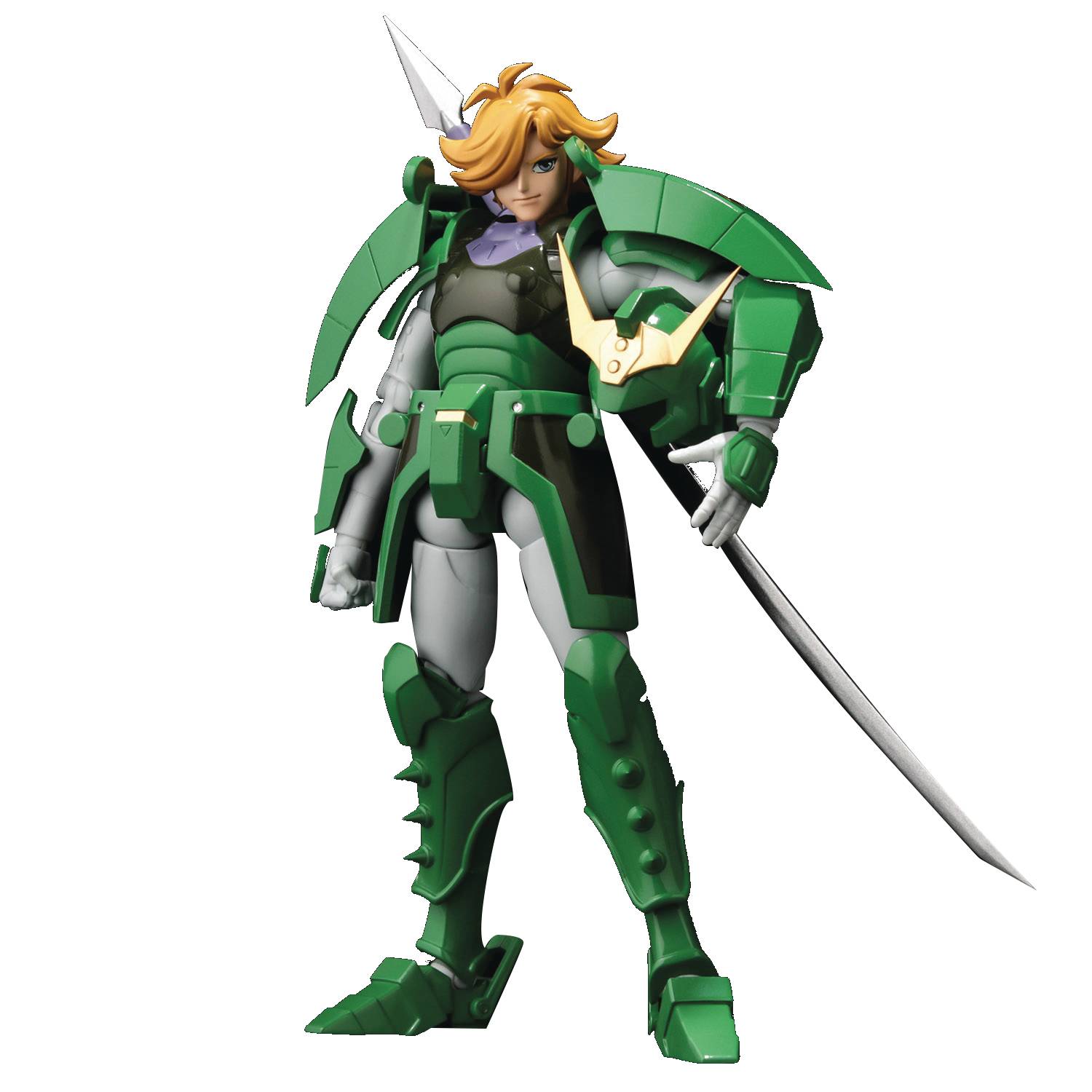 # # # # # # #
SEP208084
From 1000 Toys. The descendant of Date clan and wielder of the Kourin Armor, Sage of the Halo is the second release from the RONIN WARRIORS Chou-Dan-Kadou action figure series released to celebrate the 30th anniversary of the original TV anime! Featuring fully articulated action figures with the ability to put on armor gear in the very same way as the first release, the Armor Gear can also be posed in the display form by using the special base included in the set! Kourin Ken can be split up into a long sword, Shuriken (Throwing Stars) and Kunai as seen in the anime, and to bring it even closer to the original designs of Sage by Norio Shioyama a total of 4 exchangeable face parts have been included! Some weapons will come with built in magnets.