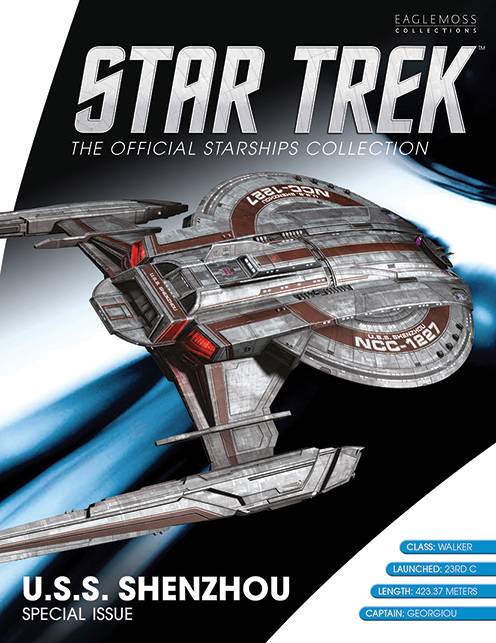 # # # # #
SEP201955
This giant-size starship model captures the U.S.S. Shenzhou, as seen in the opening episodes of Star Trek: Discovery. The Shenzhou mounted a valiant but doomed defense in the Battle of the Binary Stars, and ultimately crippled the Klingon capital ship.
Under the command of Captain Georgiou, the Shenzhou visited Vulcan to receive its first officer - Michael Burnham, a new graduate of the Vulcan Science Academy. Seven years later, it stumbled upon the Klingon armada - and became the first ship to be attacked in the Battle of the Binary Stars.
Though it was commemorated by Starfleet, the wrecked Shenzhou was left adrift for months after the battle, where it was looted by Klingons for parts.