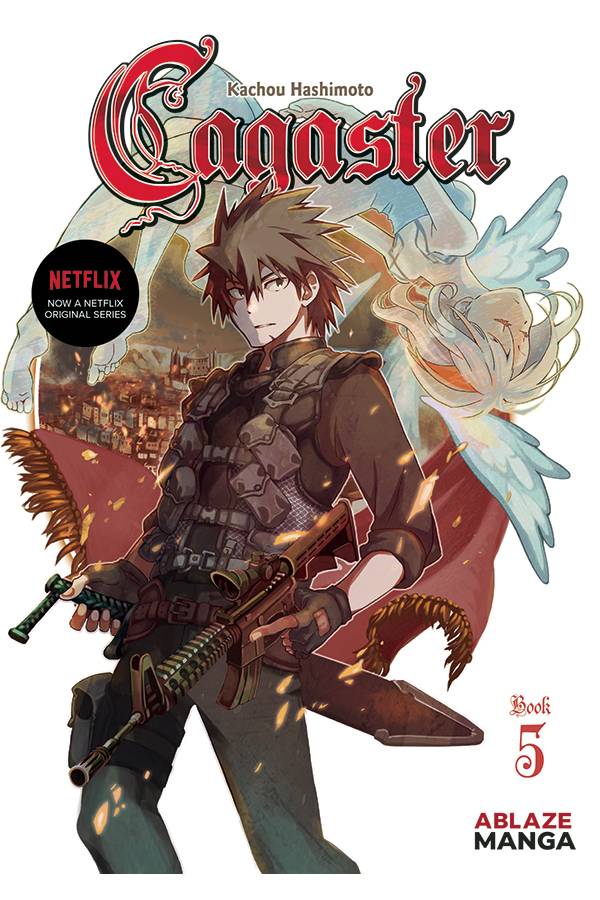 #
SEP200980
(W) Kachou Hashimoto (A/CA) Kachou Hashimoto
Franz, having released the insects from being mentally controlled, causes chaos in the cage. To prevent Harb Adham from regaining control, Kidou and Ilie hurry to the throne room. At E-05, the fighting rages, with the defenses of the West portal falling from the assault of the coalition army. The only hope of the inhabitants now resides in the city of Azuria...

Cagaster is a thrilling shonen adventure into a strange apocalyptic universe, somewhere between Mad Max and Attack on Titan. It has been adapted into an Anime series called Cagaster of an Insect Cage by Gonzo Animation, streaming now on Netflix!