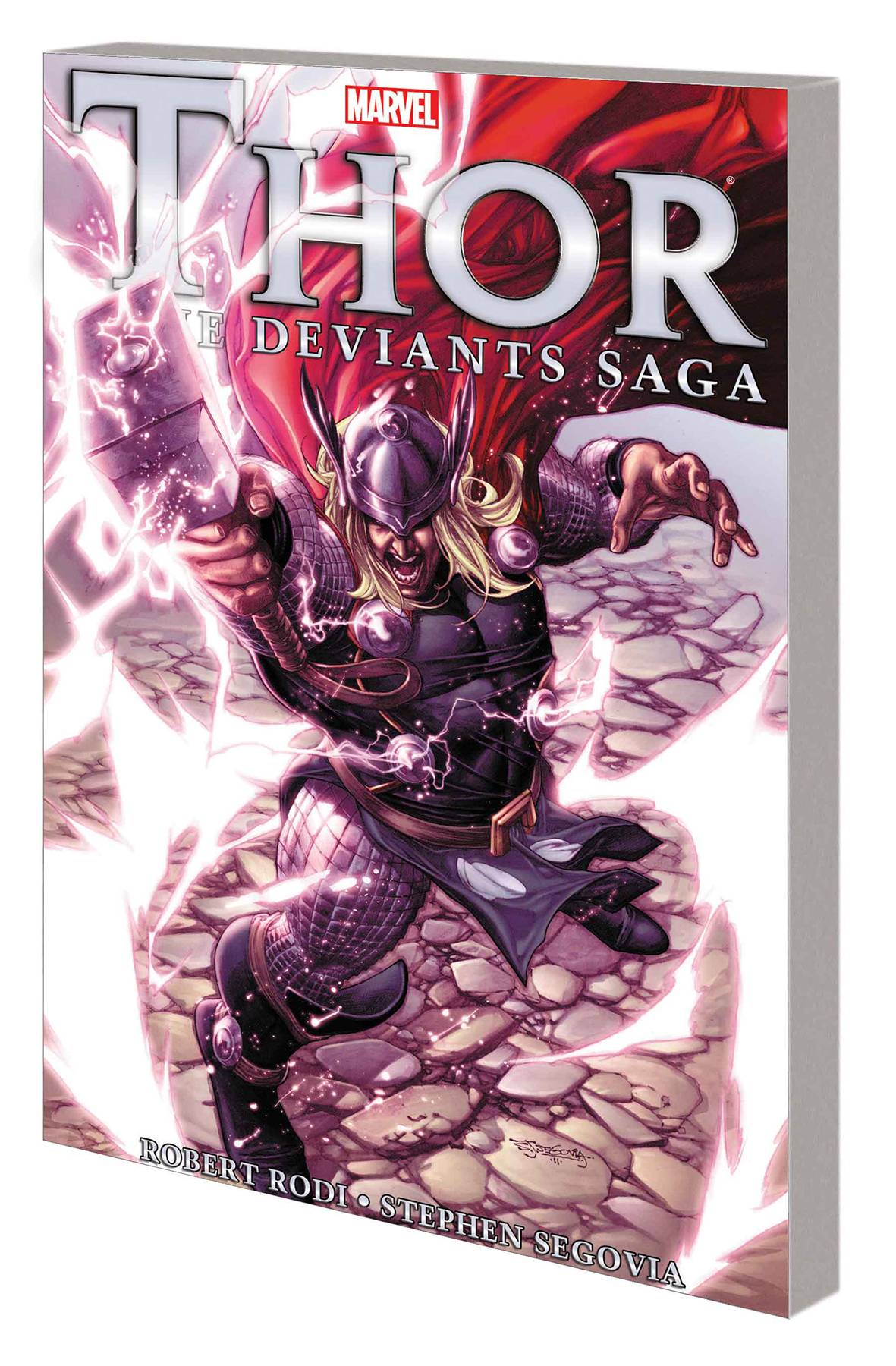 #
SEP200749
(W) Robert Rodi (A/CA) Stephen Segovia
The ageless enemies of the Eternals turn on Asgard! Beneath the ruins of Asgard, the Deviant villain Ereshkigal seeks a mystic means of saving her race from extinction - and finds instead a weapon capable of dissolving all reality! When the Eternals who would oppose her mysteriously vanish, Thor stands alone - to stop the entire Deviant race from dominating the world! Traveling to the Eternals' home of Olympia and the Deviants' city Lemuria and battling dinosaurs alongside Ka-Zar in the distant Savage Land, Thor must fight to preserve the future of both races! But when Gilgamesh the Forgotten One returns, the Eternals' fate is revealed! Can Thor prevent the collapse of space and time and protect the world from annihilation? Collecting THOR: THE DEVIANTS SAGA #1-5.
112 PGS./Rated T+
In Shops: Dec 02, 2020
SRP: $17.99