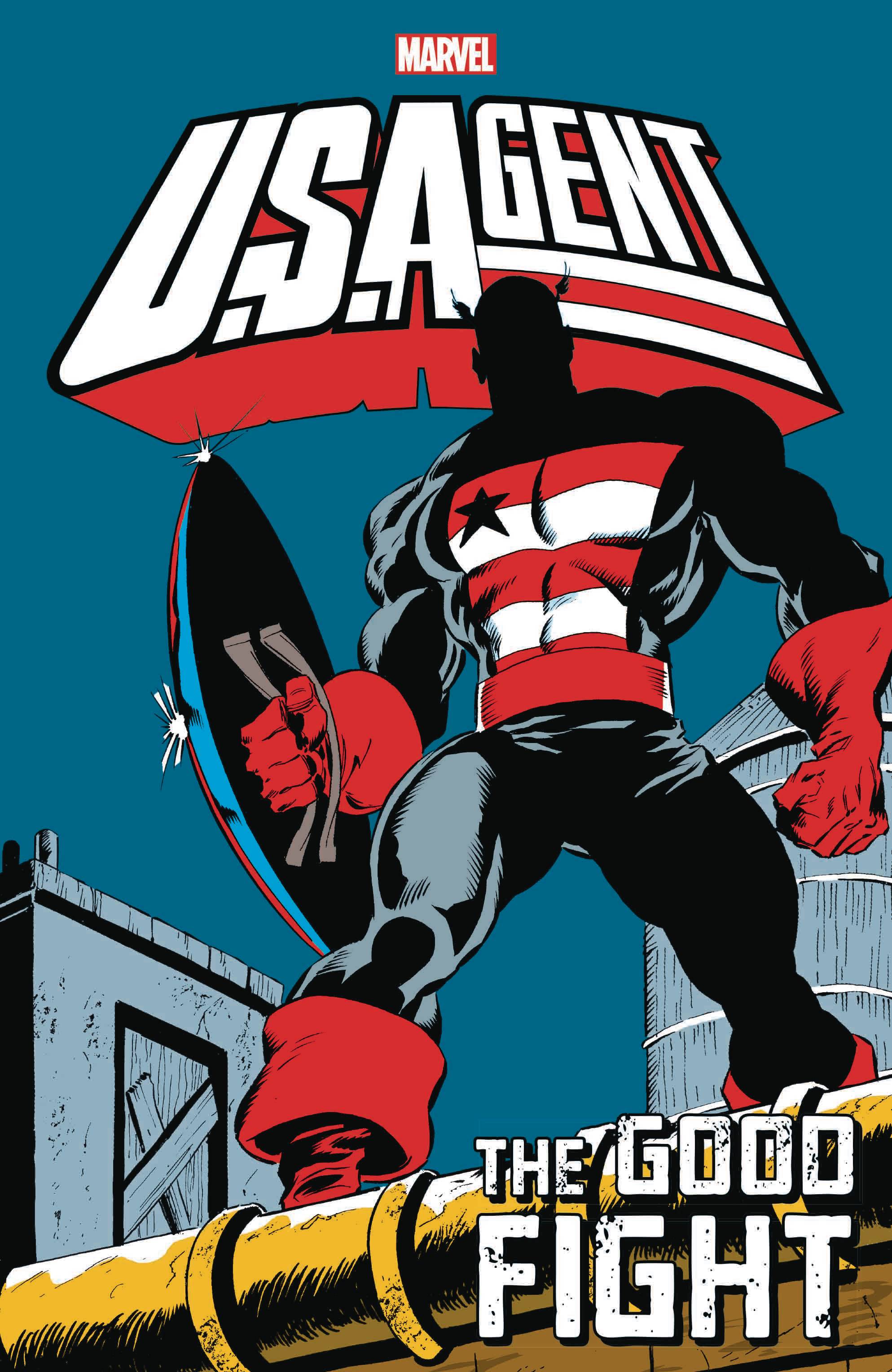 #
SEP200747
(W) Mark Gruenwald, More (A) Tom Morgan, More (CA) M. C. Wyman
An all-American hero with an attitude! First he was the heroic Super-Patriot, and then he was Steve Rogers' replacement as Captain America - but John Walker's true destiny lay in the red, white and black garb of the U.S.Agent, and these are some of his edgiest adventures! First, see how Walker comes to wield Cap's shield! Then, U.S.Agent hunts the murderous Scourge of the Underworld and seeks answers about mixed-up memories that throw his past into doubt! When U.S.Agent is handpicked by the Commission to take charge of the country's superhuman incarceration, it's his chance to finally get out of Captain America's shadow - unless a deadly conspiracy, a woman from his past and his own bullheadedness mess it all up! Collecting CAPTAIN AMERICA (1968) #333, U.S.AGENT (1993) #1-4, U.S.AGENT (2001) #1-3, and material from AVENGERS WEST COAST #100 and CAPTAIN AMERICA (1968) #358-362 and #380-382.
248 PGS./Rated T
In Shops: Dec 16, 2020
SRP: $29.99
ORDER WISH LIST