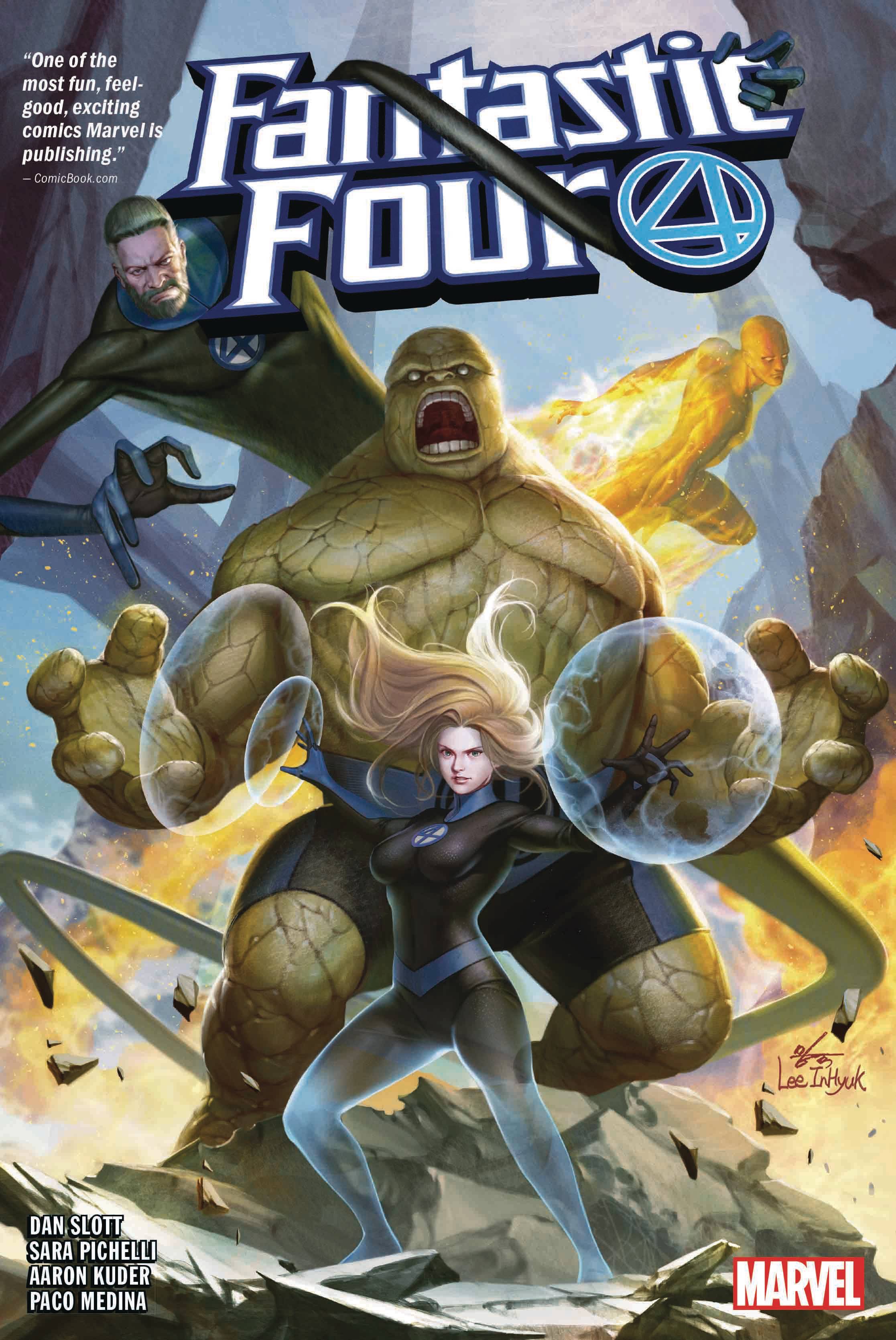 #
SEP200729
(W) Dan Slott, More (A) Sara Pichelli, More (CA) Inhyuk Lee
The Fantastic Four is the World's Greatest Comics Magazine - and superstar writer Dan Slott is about to show you why! After being separated across dimensions, the Thing, the Human Torch, the Invisible Woman and Mister Fantastic reunite at long last! But as Reed and Sue return home with their children, they find that big things have changed! Ben Grimm and Alicia Masters have major plans of their own - like a wedding, years in the making! And a new fabulous foursome, the Fantastix, are muscling in on the scene! But now that the FF are back, can Doctor Doom be far behind? And what about Galactus? Brace yourself for the World-Eater vs. the Lord of Latveria, with the fate of the planet hanging in the balance! Collecting FANTASTIC FOUR (2018) #1-11, FANTASTIC FOUR WEDDING SPECIAL (2018) #1 and FANTASTIC FOUR (1961) #8.
384 PGS./Rated T
In Shops: Mar 10, 2021
SRP: $39.99
View All Items In This Series
ORDER SUBSCRIBE WISH LIST