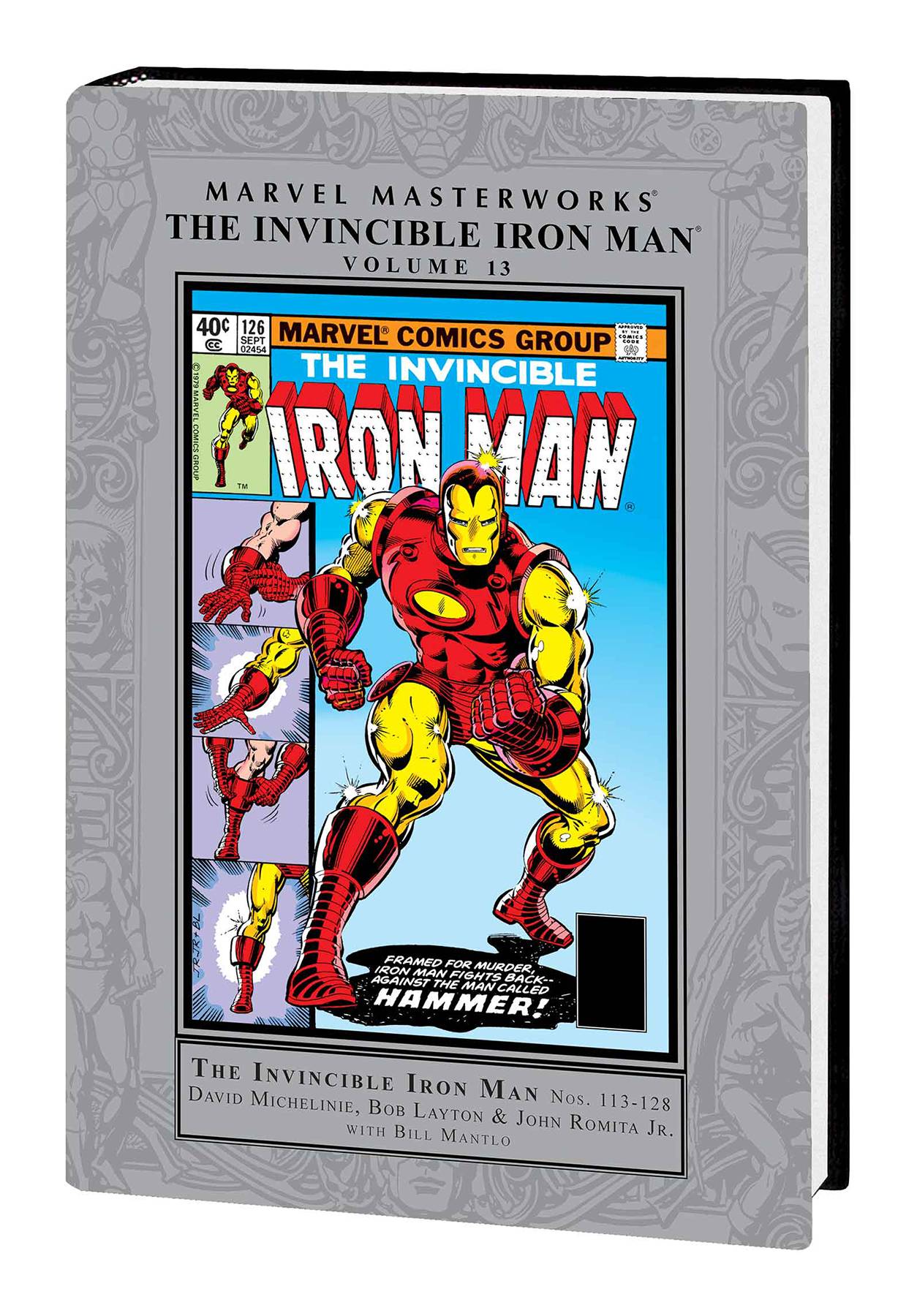 #
SEP200719
(W) David Michelinie, More (A) More (A/CA) John Romita Jr.
Many have lent their talents to IRON MAN, but few - if any - have had a greater impact than the creative trio of David Michelinie, Bob Layton and John Romita Jr. has! They remade IRON MAN with new co-stars - including Jim Rhodes, the future War Machine - and new armors, but more important than anything else, a new and character-defining take on the man inside the armor. Their Tony Stark is a hero not because of the extent of his technological wizardry, but because of his perseverance in the face of his own personal failings. This beautifully restored Marvel Masterworks edition presents the beginning of the reinvention of a Marvel icon, culminating in the classic "Demon in a Bottle"! Collecting IRON MAN (1968) #113-128 and MARVEL PREMIERE #44.
360 PGS./Rated T
In Shops: Mar 24, 2021
SRP: $75.00
View All Items In This Series
ORDER SUBSCRIBE WISH LIST