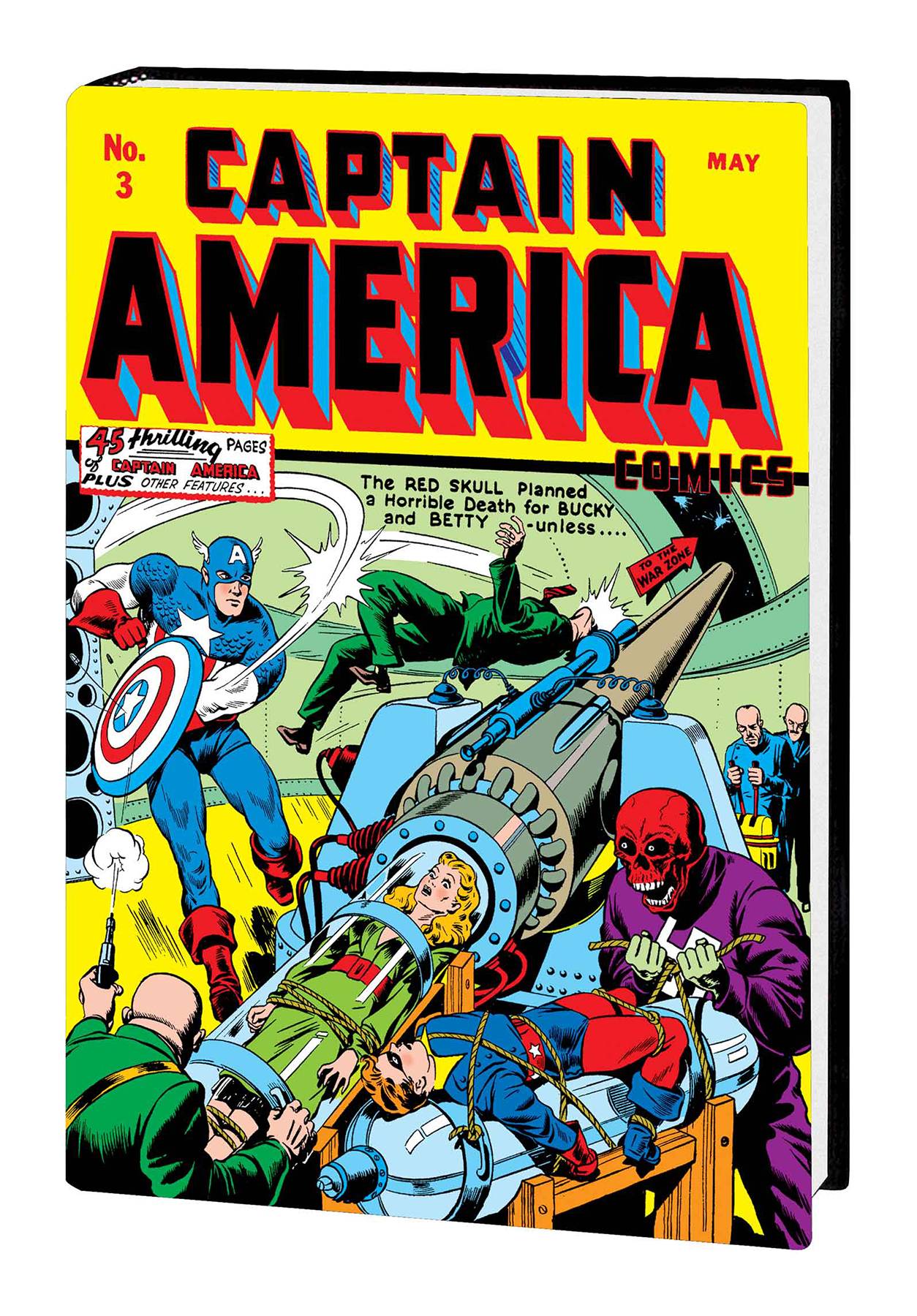 #
SEP200710
(W) Joe Simon, More (A) Joe Simon, More (CA) Alex Schomburg
Steve Rogers might have been the prototypical 98-pound weakling, but that wasn't going to stop him from serving his country. Transformed by the Super-Soldier Serum into America's #1 fighting man, Steve became a symbol of patriotism, hope and perseverance on the eve of the nation's entrance into World War II. Never before and never since has comics seen a hero as timely as - Captain America! Now you can experience the original Golden Age adventures of the Sentinel of Liberty from his 1941 inaugural appearance! You'll meet Bucky Barnes and the Red Skull for the first time, behold Simon and Kirby's trend-setting brand of storytelling, and even read Stan Lee's very first comics tale! Collecting CAPTAIN AMERICA COMICS #1-12.
848 PGS./Rated T
In Shops: Mar 03, 2021
SRP: $100.00
View All Items In This Series