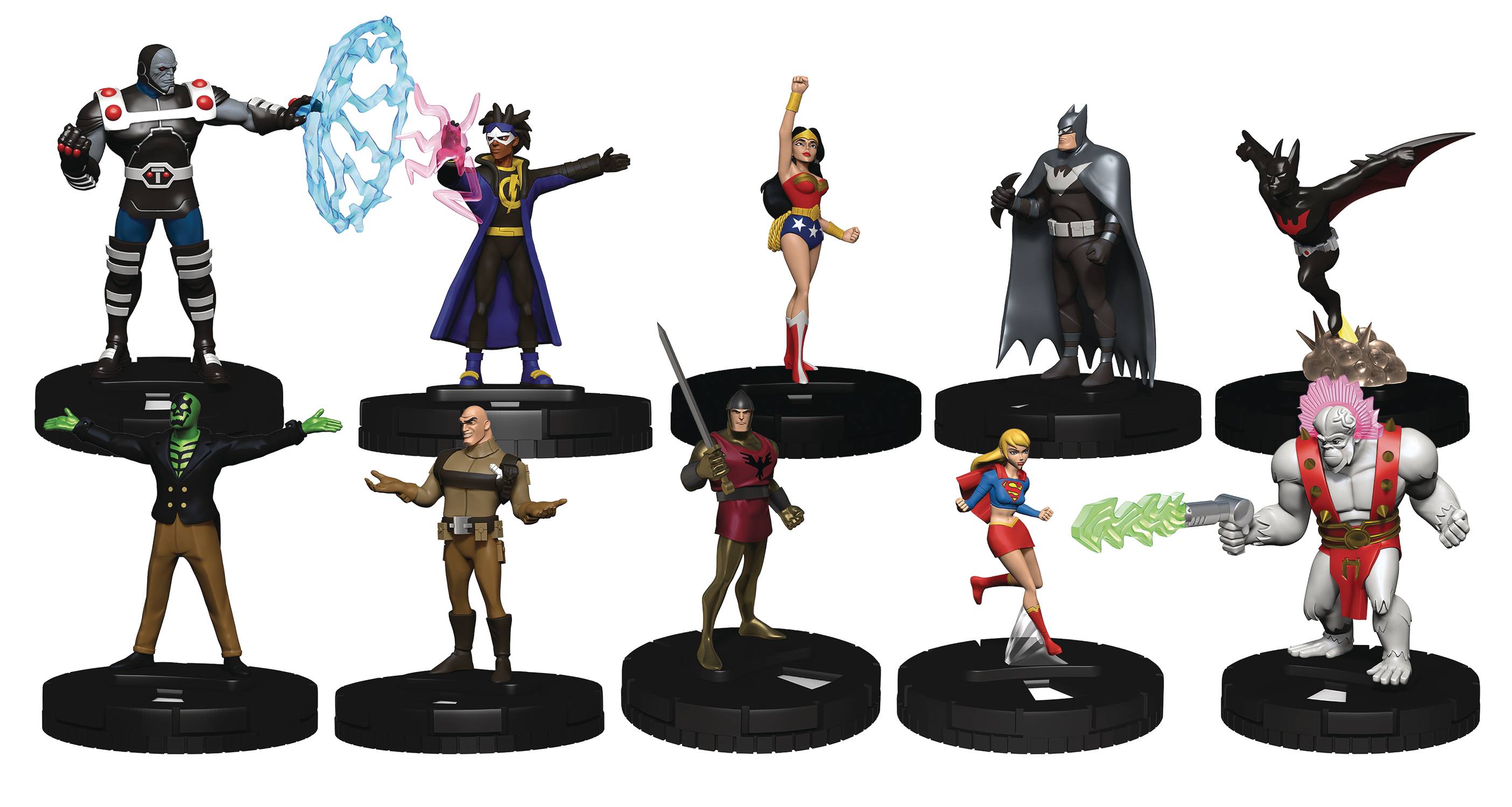 # #
SEP198091
The Justice League is among the most epic and awesome teams to ever appear on the comic page or the TV screen. Justice League Unlimited is an awesome throwback to one of the most endearing eras of these treasured characters! This 5-figure booster release features many hotly-demanded and fan-favorite sub-themes like the Justice League, the Seven Soldiers of Victory, the Injustice League, the Justice Lords, and the Superfriends! Justice League Unlimited will also feature never-before-seen Team Up cards! These cards will be a rare bonus 6th character card that come inside some boosters, and give you the option during team-building of using a super-charged version of the character if they show up with the right mix of their teammates! Existing and new HeroClix fans will get to power-up their collection with fan-favorites and never-before-Clixed characters, including Batman, Superman, Wonder Woman, Darkseid, Static, Amazo, Blight, Batman Beyond, Captain Atom, Emil Hamilton, Booster Gold, and more!
In Shops: May 27, 2020
SRP: $129.90
ORDER WISH LIST