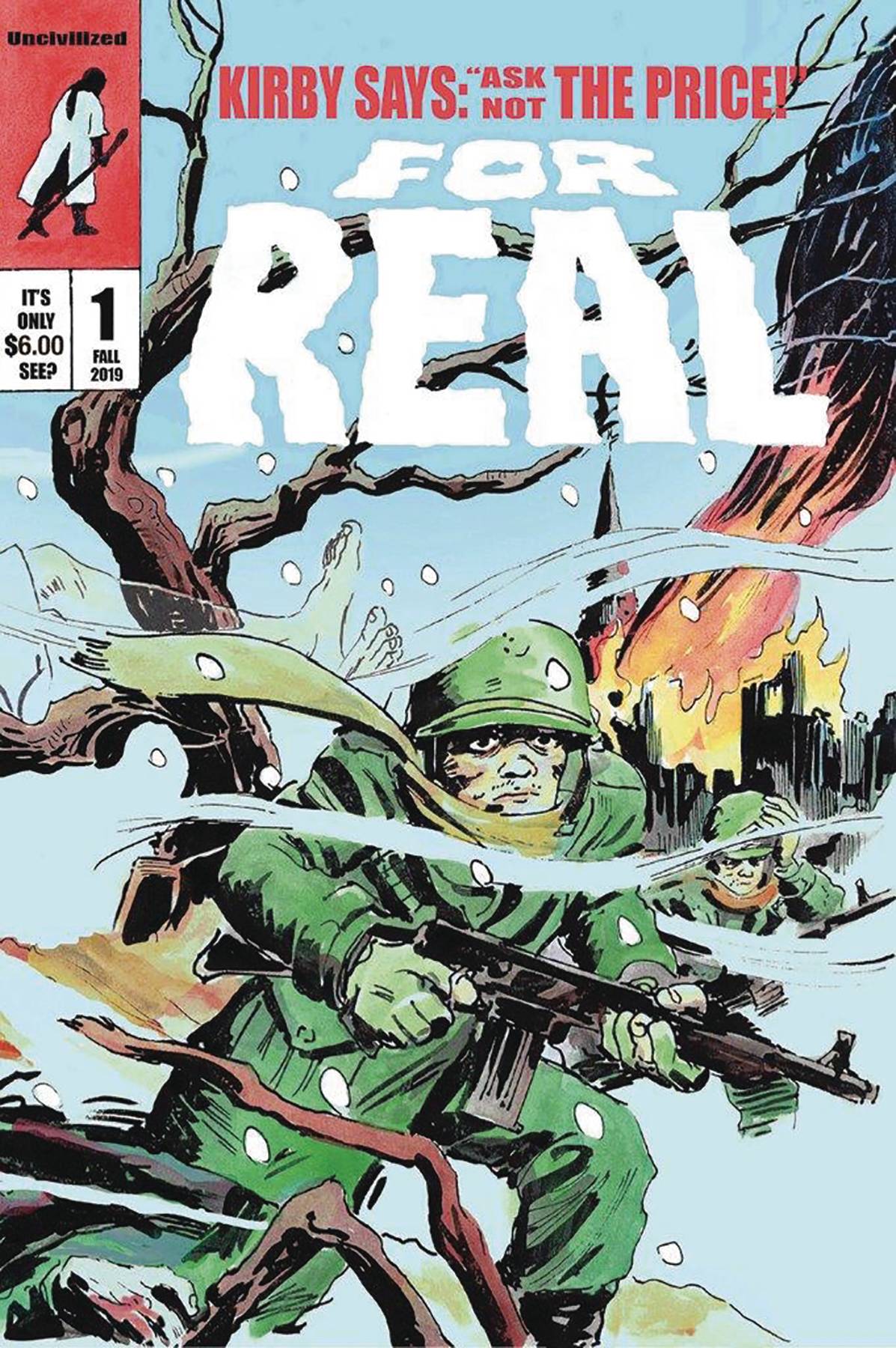 #
SEP192061
(W) James Romberger (A) James Romberger
Eisner nominated James Romberger (7 Miles A Second, Post York) brings a short comic story, "The Oven," that melds two battles fought in different eras by the great cartoonist Jack Kirby, the most prolific American comic book creator of the 20th century. The first battle: his cancer diagnosis serves as a springboard for the other battle: one of his most harrowing experiences during World War II. "The Real Thing," an accompanying essay by elaborates on those issues in relation to Kirby's biography. For Real is a celebration and a nuanced look at one of America's greatest cartoonists! A must for Kirby Fans!
In Shops: Nov 13, 2019
SRP: $6.00
View All Items In This Series
ORDER SUBSCRIBE WISH LIST