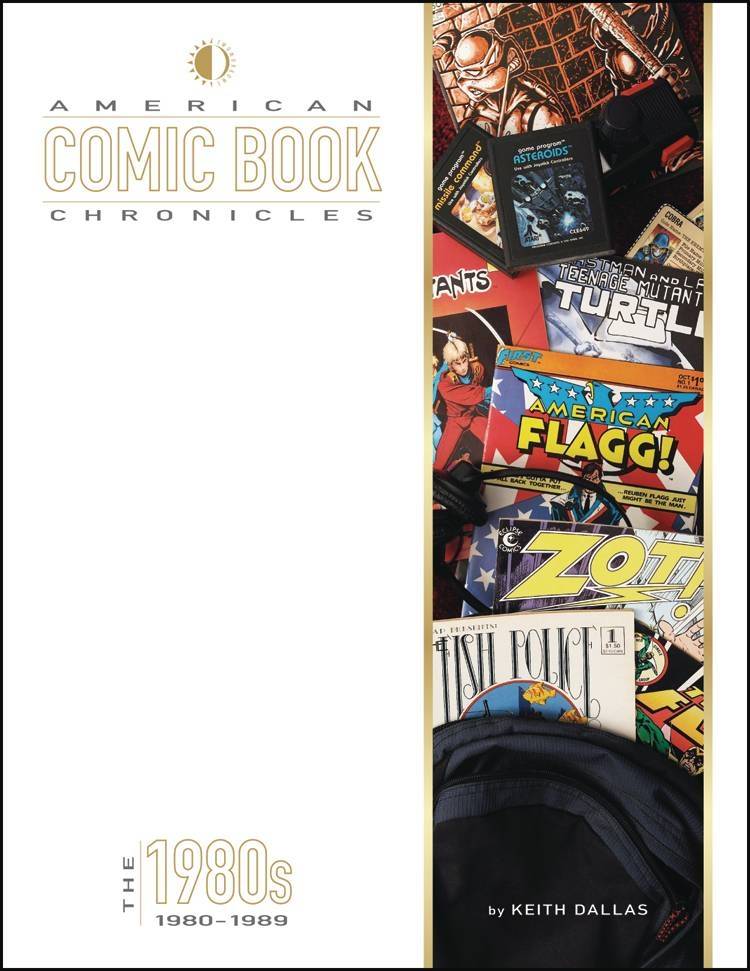 #
SEP192055
(W) Keith Dallas
The American Comic Book Chronicles continues its ambitious series of full-color hardcovers! This volume on the 1980s covers all the pivotal moments and behind-the-scenes details of comics during the Reagan years! You'll get a year-by-year account of the most significant publications, notable creators, and impactful trends, including: The rise and fall of Jim Shooter at Marvel Comics! The ascendancy of Frank Miller as a comic book superstar! DC Comics' reboot with Crisis on Infinite Earths and its Renaissance with a British invasion of talent like Alan Moore, Grant Morrison, and Neil Gaiman! The emergence of Direct Market-exclusive publishers like Eclipse Comics, Pacific Comics, First Comics, Comico, Dark Horse Comics and others!