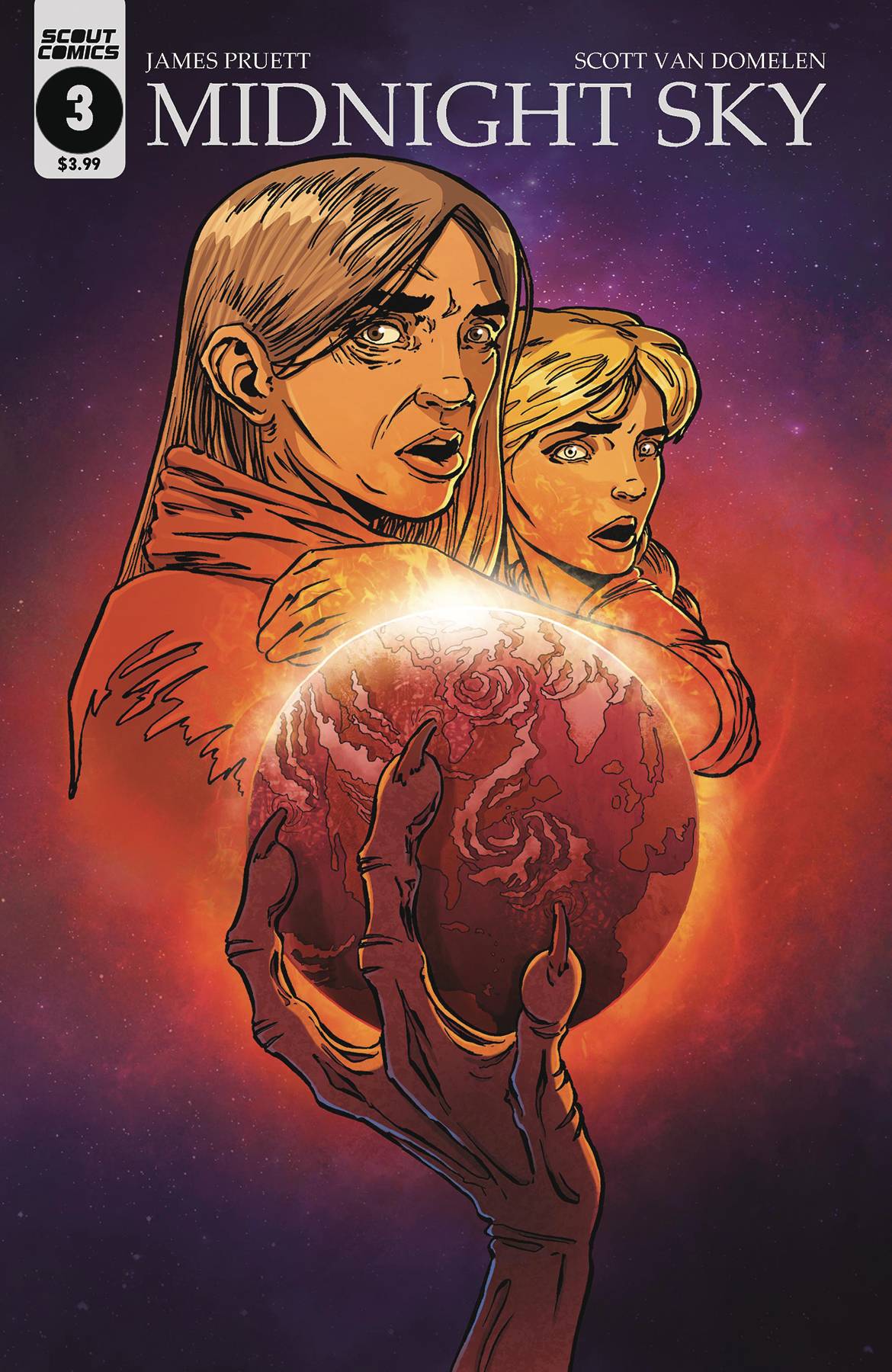 #
SEP191958
(W) James Pruett (A/CA) Scott Van Domelen
"Salvation Children". Staring into the face of death from uncaged wild animals at the Florida Zoo, Jennifer and her two children, Alejandro and Elita, must find a way to escape before becoming dinner themselves. But if that was not horrifying enough, the truth is revealed as to why hundreds, if not thousands, of children are being hunted and captured by the creatures that have invaded and are rapidly replacing humans. The answer leads them to Orlando, the city where dreams come true, but it is no longer the happy place they remember from their childhood. MIDNIGHT SKY is Invasion of the Body Snatchers meets They Live. Featuring two covers by series artist Scott Van Domelen, including a War of the Worlds homage.