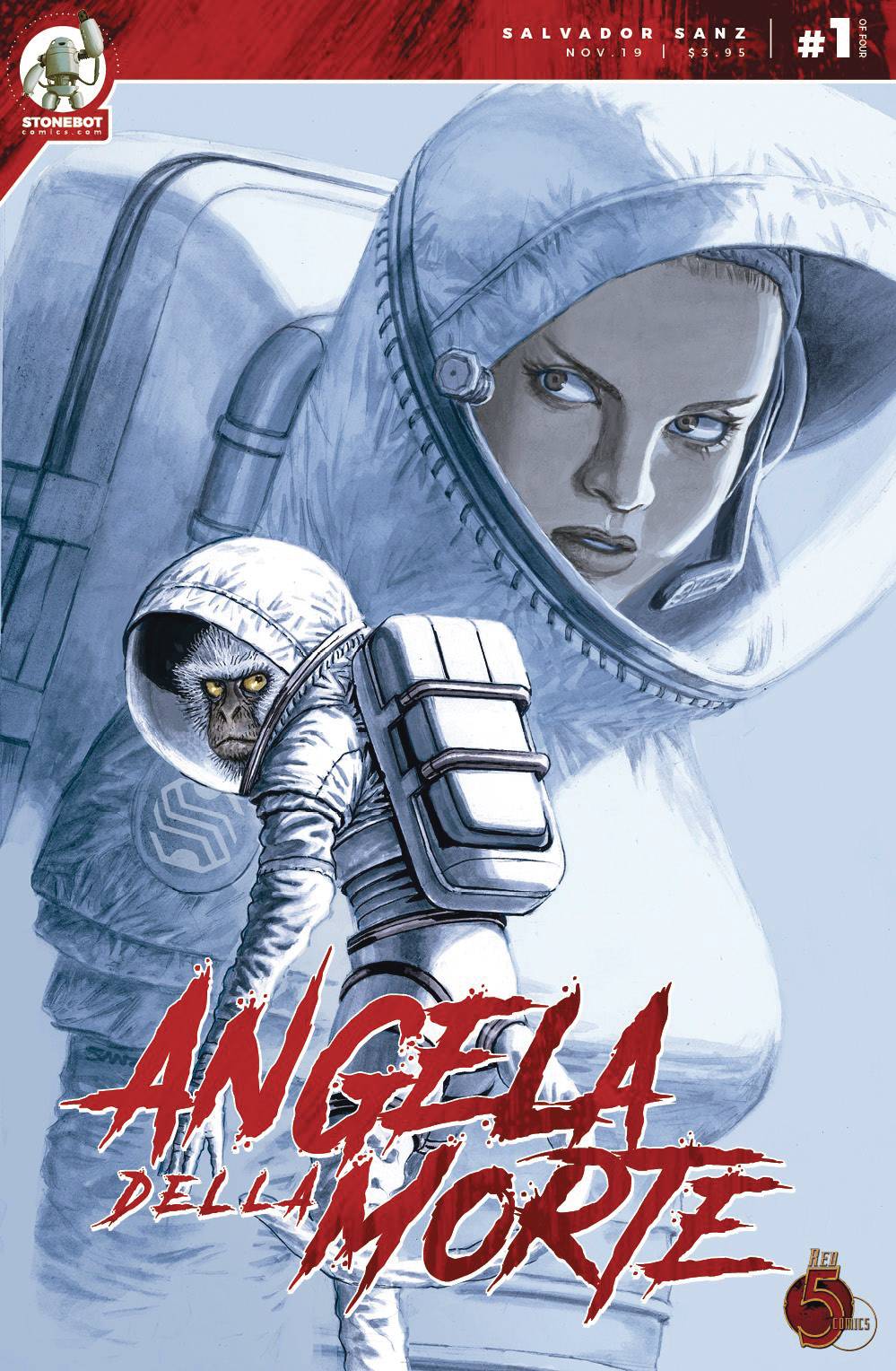 #
SEP191944
(W) Salvador Sanz (A/CA) Salvador Sanz
Angela Della Morte works for Dr. Sibelius, the most brilliant mind of the century. Using a new technology, Sibelius Labs are capable of separate soul from body. Using this tech Angela's soul can get into other dead host and take control of their bodies in undercover missions. But as the souls travels the void to get into their new receptacles, they must elude a tenebrous lifeform. This creature feeds with the substance of which the soul is made. It is the most dangerous predator in this new ecosystem, and its name is: Death.
In Shops: Dec 04, 2019
SRP: $3.95
View All Items In This Series