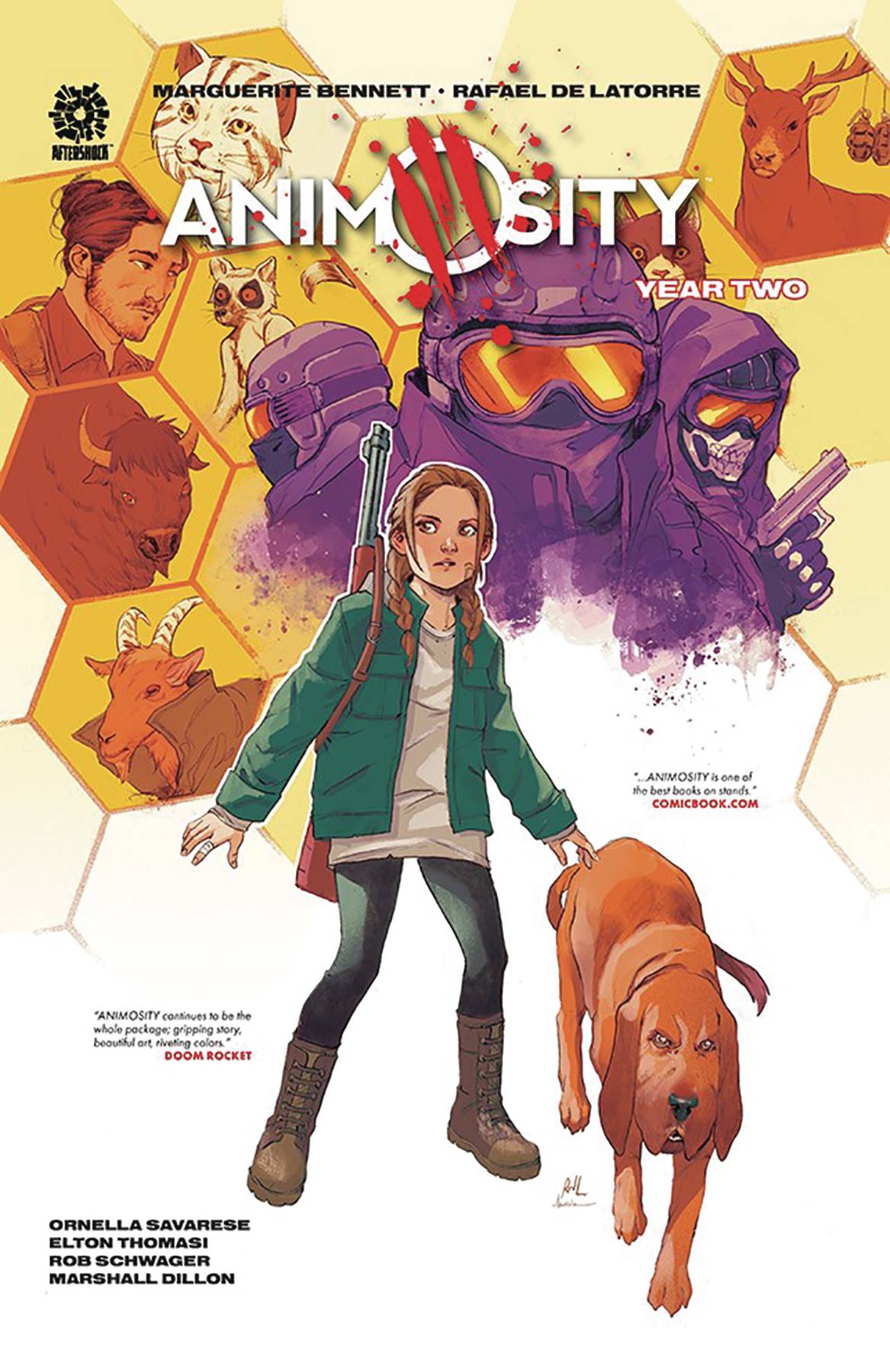 #
SEP191391
(W) Marguerite Bennett (A) Ornella Savarese (A/CA) Rafael De Latorre
One day, the Animals woke up.
They started thinking. They started talking.
They started taking revenge.
Now, a dog and his girl are trying to escape - out of New York City and all the way to San Francisco - to the only person who might be able to protect and save her.
Tensions run high as betrayal stings Jesse in a way she could have never imagined. Can Kyle shed his humanity enough to aid Jesse in her quest? Can Sandor forsake his bestial nature in order to save that which he loves?
Follow Jesse and Sandor on their adventures, as they save a renegade colony of bees, struggle with betrayal from a close ally, and try to escape a city with sinister intentions
beneath its utopian surface.
In Shops: Nov 06, 2019
SRP: $39.99
View All Items In This Series
ORDER SUBSCRIBE WISH LIST