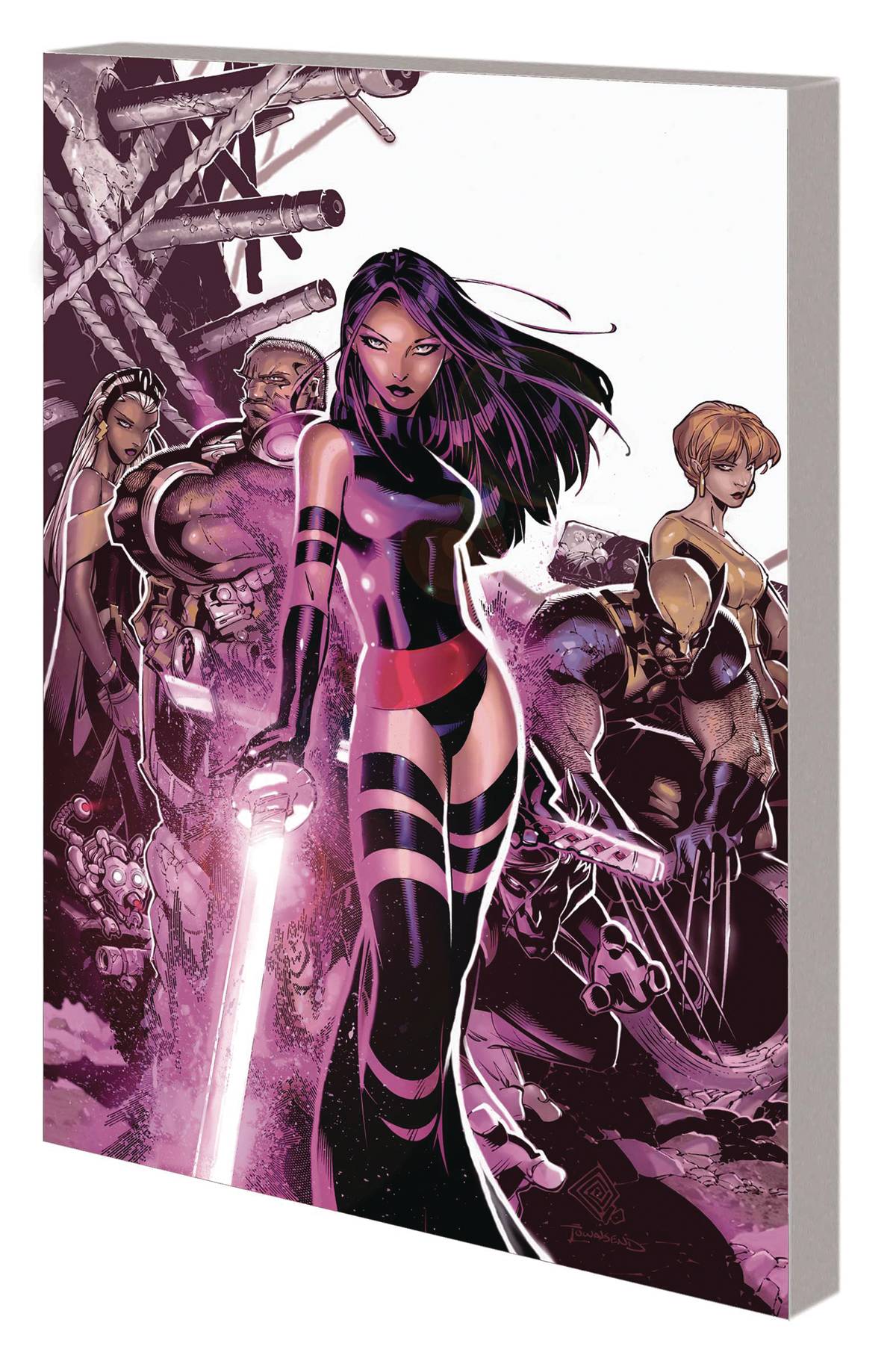 #
SEP191005
(W) Chris Claremont, Antony Bedard (A) Alan Davis, More (CA) Chris Bachalo
The Marvel Universe has been transformed into the House of M! Now, Captain Britain is tasked with stabilizing the wounded dimension before the Omniverse collapses - and he, Meggan, Psylocke and Marvel Girl must race against time to prevent annihilation! Then, in the wake of M-Day, Earth's mutant population has been decimated. What does this mean for the X-Men and their school? Rachel Grey discovers what she's really made of when her family is targeted for death by the Shi'ar Empire! And the secret of Psylocke's resurrection is revealed as her brother Jamie Braddock sends the X-Men against the Foursaken! Meanwhile in Kenya, Storm faces down her past - and looks to her future! Chris Claremont's final UNCANNY X-MEN run concludes here! Collecting UNCANNY X-MEN (1981) #462-474, DECIMATION: HOUSE OF M - THE DAY AFTER and UNCANNY X-MEN ANNUAL (2006) #1.
Rated T+
In Shops: Dec 11, 2019
SRP: $34.99
View All Items In This Series