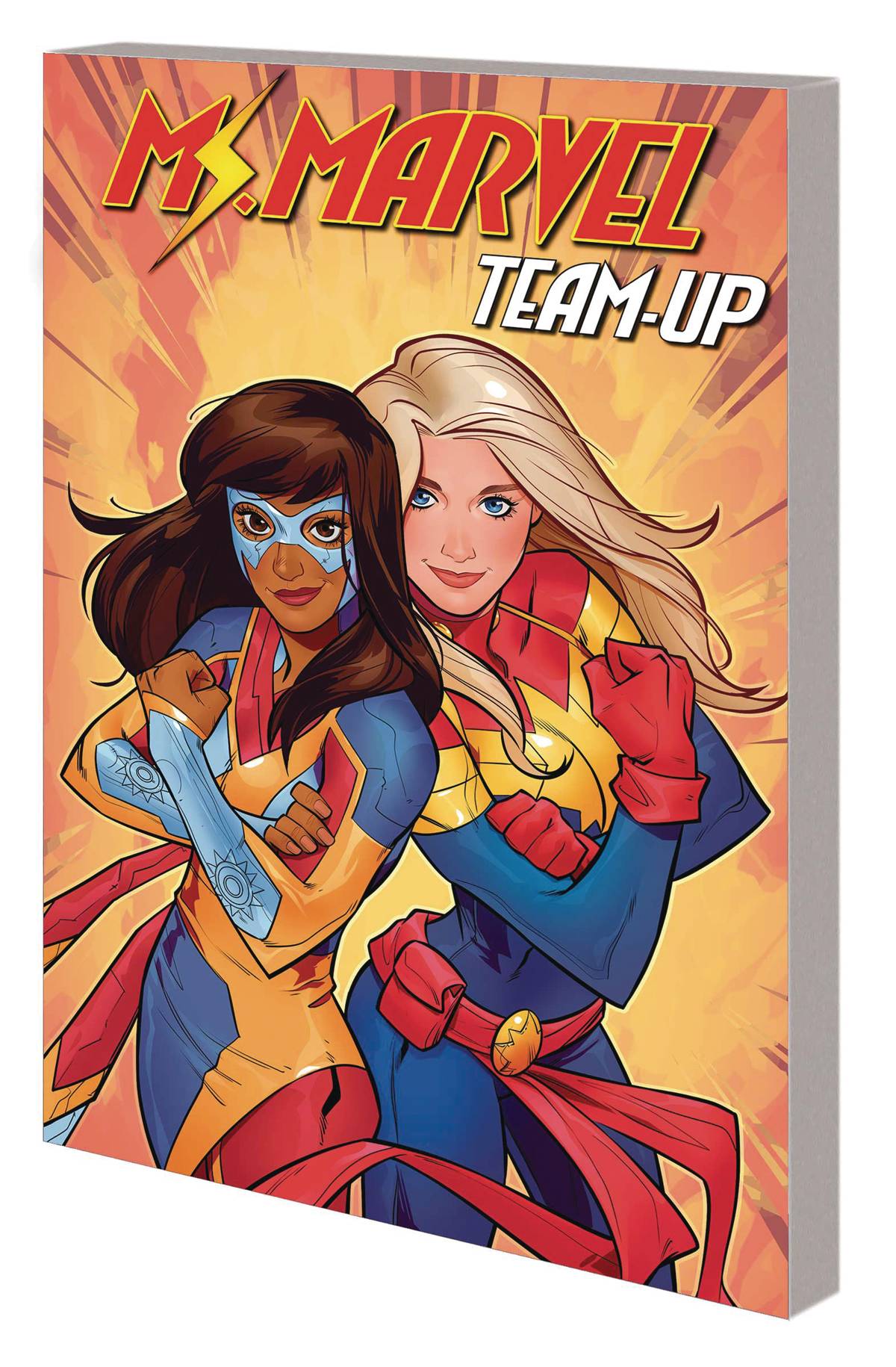 #
SEP190995
(W) Eve Ewing, Clint McElroy (A) Joey Vazquez, More (CA) Rud, Anna
Kamala Khan puts the "Ms." into Marvel Team-Up! Ms. Marvel steps into the starring role of one of Marvel's all-time classic titles - and fittingly, the ever-sociable Spider-Man swings by to hand over the mantle! After a science demonstration at Empire State University goes awry, Ms. Marvel and Spidey find themselves tangled up in the same chaotic adventure. Is it destiny? Or disaster?! And can the two heroes put their heads together and find a way to save the day? Next, the sudden reappearance of Mar-Vell, the first Captain Marvel, draws Carol Danvers and Kamala Khan back together for an out-of-this-world adventure! But is the man behind the mask who he claims to be? And can Ms. Marvel and Captain Marvel stay on the same page long enough to find out? Collecting MARVEL TEAM-UP (2019) #1-6.
Rated T+
In Shops: Nov 27, 2019
SRP: $17.99