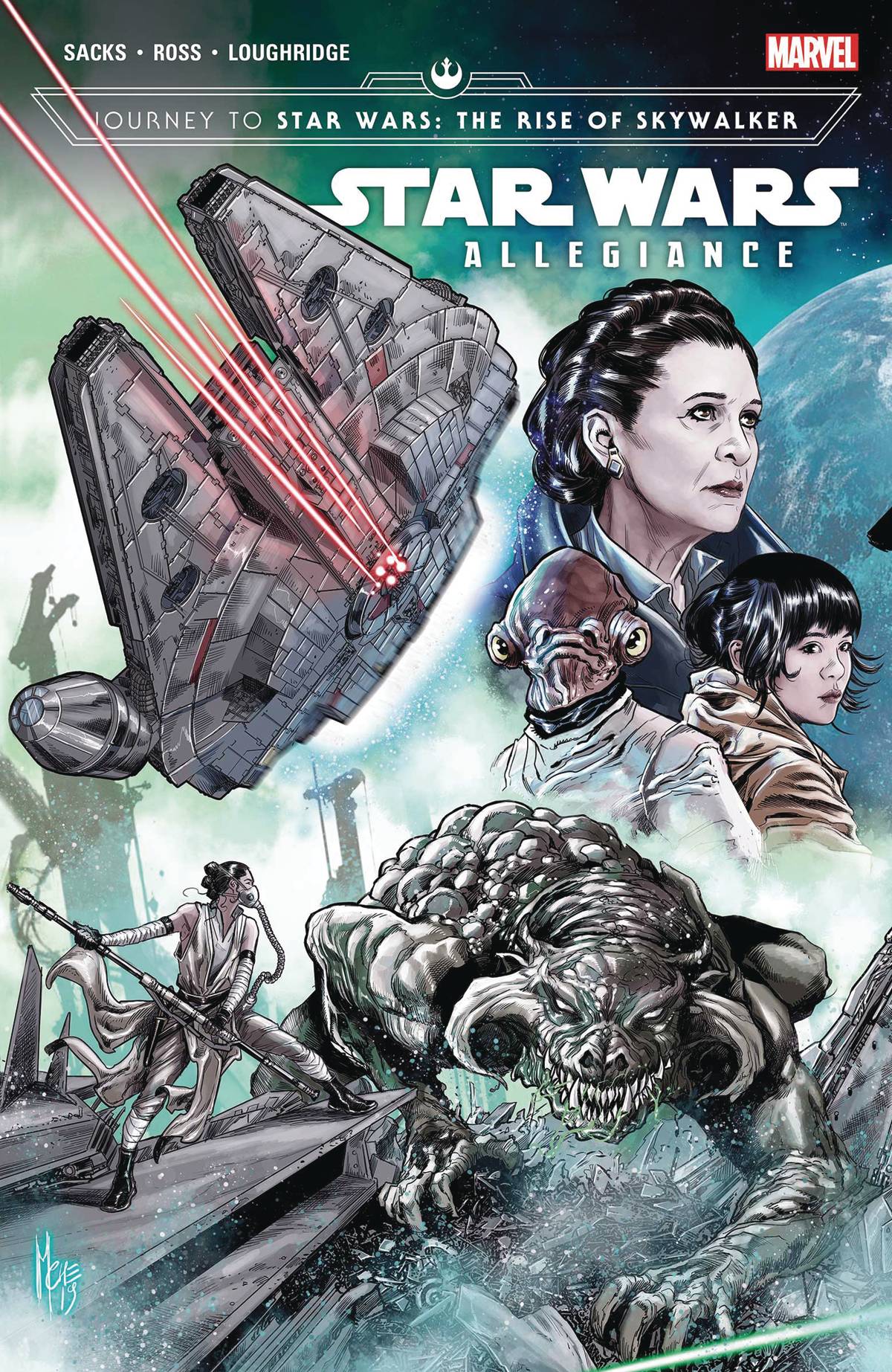 #
SEP190992
(W) Sacks, Ethan (A) Luke Ross (CA) Marco Checchetto
THE DECADES-SPANNING SKYWALKER SAGA NEARS ITS CLIMACTIC CONCLUSION!
Before the exciting events of Star Wars: The Rise Of Skywalker! Hounded by the FIRST ORDER across the galaxy, the RESISTANCE is in dire need of ships, weapons and recruits to make a final stand against KYLO REN'S forces. Desperation drives a delegation led by GENERAL LEIA ORGANA and REY to entreat the Rebel veteran's one-time allies, THE MON CALAMARI, to join the fight - but decades after Imperial occupation enslaved their planet, there are those willing to stop at nothing to prevent another war from bloodying the waters of Mon Cala. A system away, POE DAMERON and FINN have their own mission: to hunt down a weapons cache on the remote moon of Avedot, unaware that they are being hunted by the most notorious criminal gang in the galaxy.
COLLECTING JOURNEY TO STAR WARS: THE RISE OF SKYWALKER - ALLEGIANCE #1-4
Rated T
In Shops: Nov 20, 2019
SRP: $15.99
View All Items In This Series