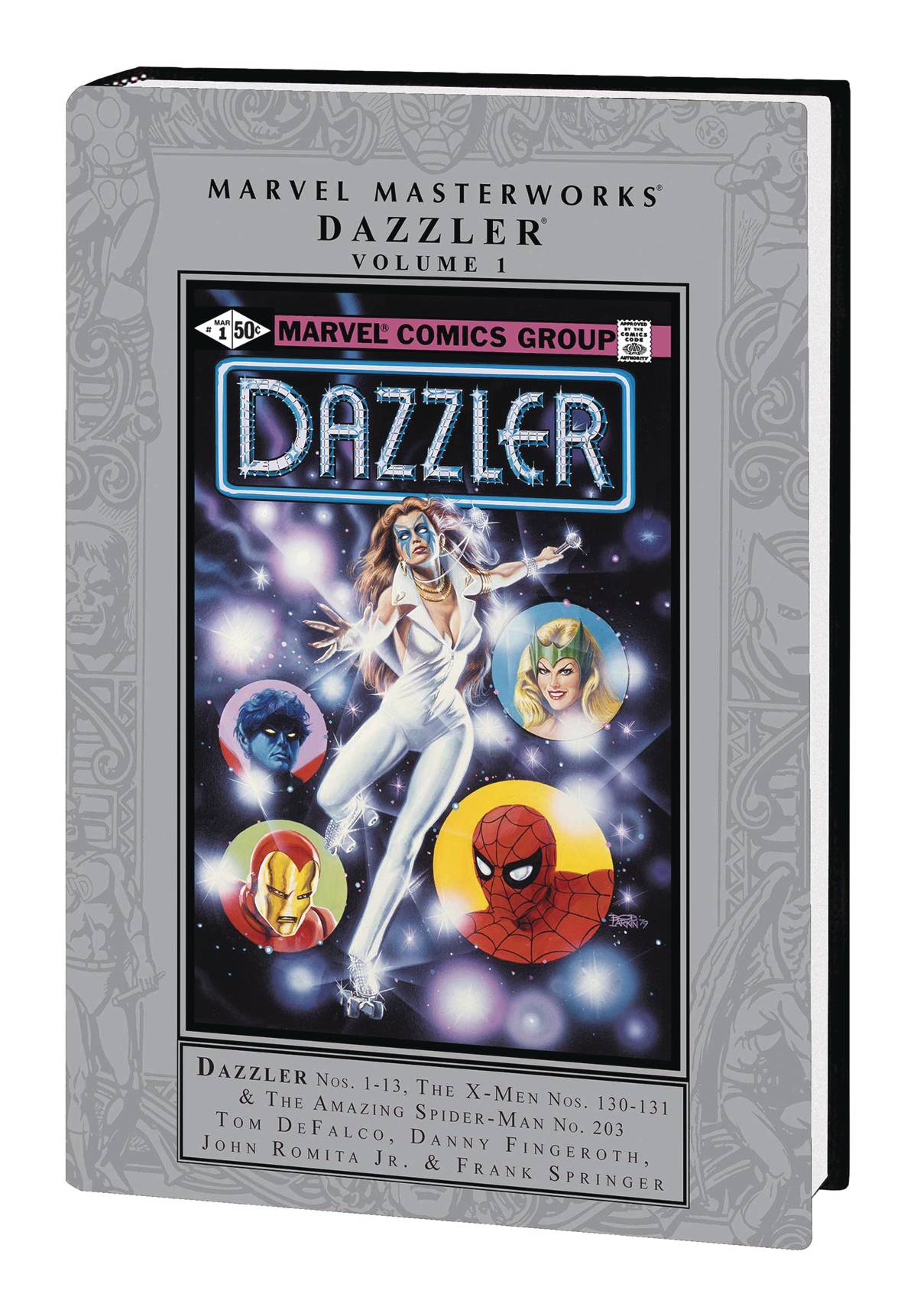 #
SEP190975
(W) Tom DeFalco, More (A) John Romita Jr., More (CA) Bob Larkin
Celebrating the women of Marvel, we present the debut of the one and only Dazzler! Leaping from the pages of X-MEN and AMAZING SPIDER-MAN, Alison Blaire, A.K.A. Dazzler, debuted in her own series - one of the direct market's first exclusive offerings - and put audiences on their feet. Equal parts pop star and super hero, Dazzler broke new ground and faced some of the Marvel Universe's greatest powers, from the Hulk to Doctor Doom and Galactus - all while fighting against a wave of anti-mutant hysteria! And as if that's not enough, Dazzler also pits her sound-based powers against Klaw, finds herself fighting for her life in prison and contends with every creep in the record business. Don't hold back, go for it - reserve your copy today! Collecting X-MEN (1963) #130-131, AMAZING SPIDER-MAN (1963) #203 and DAZZLER #1-13.
Rated T
In Shops: Mar 18, 2020
SRP: $75.00
View All Items In This Series
ORDER SUBSCRIBE WISH LIST