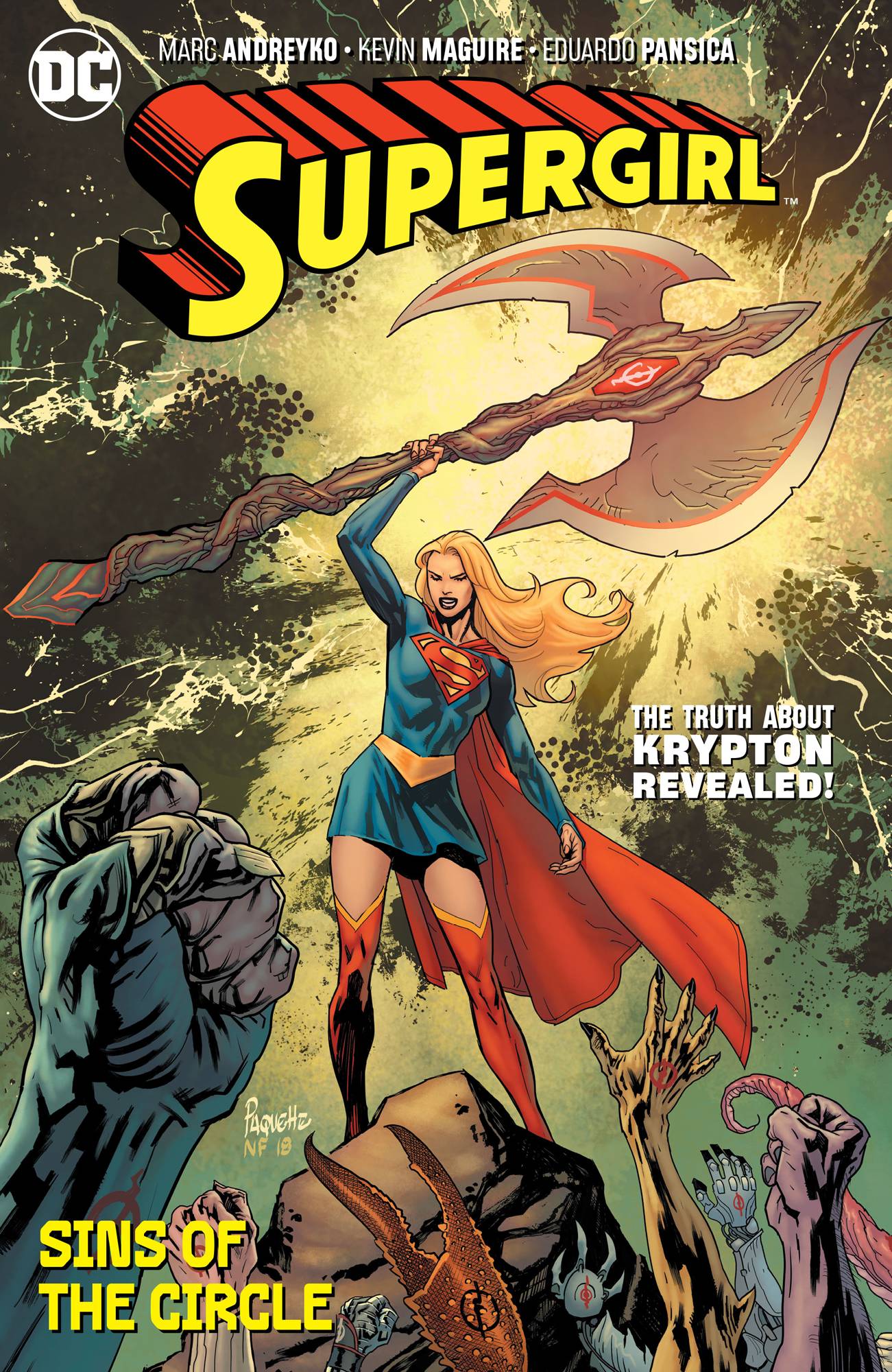 #
SEP190597
(W) Marc Andreyko (A) Kevin Maguire, Eduardo Pansica, Julio Ferreira, Sean Parsons, Eber Ferreira, Scott Hanna (CA) Yanick Paquette
Caught in the middle of a Vega System civil war, a powerless Supergirl struggles to rescue as many slaves as she can from the brutal hands of the Citadel. And then, it's Supergirl and the Omega Men versus... more Supergirls?! Plus, the Omega Men's secret base of operations is attacked by the Citadel, who brought with them an entire army of Supergirls who all don't seem to be built quite right. Collects Supergirl #27-33.
In Shops: Dec 25, 2019
SRP: $16.99
View All Items In This Series