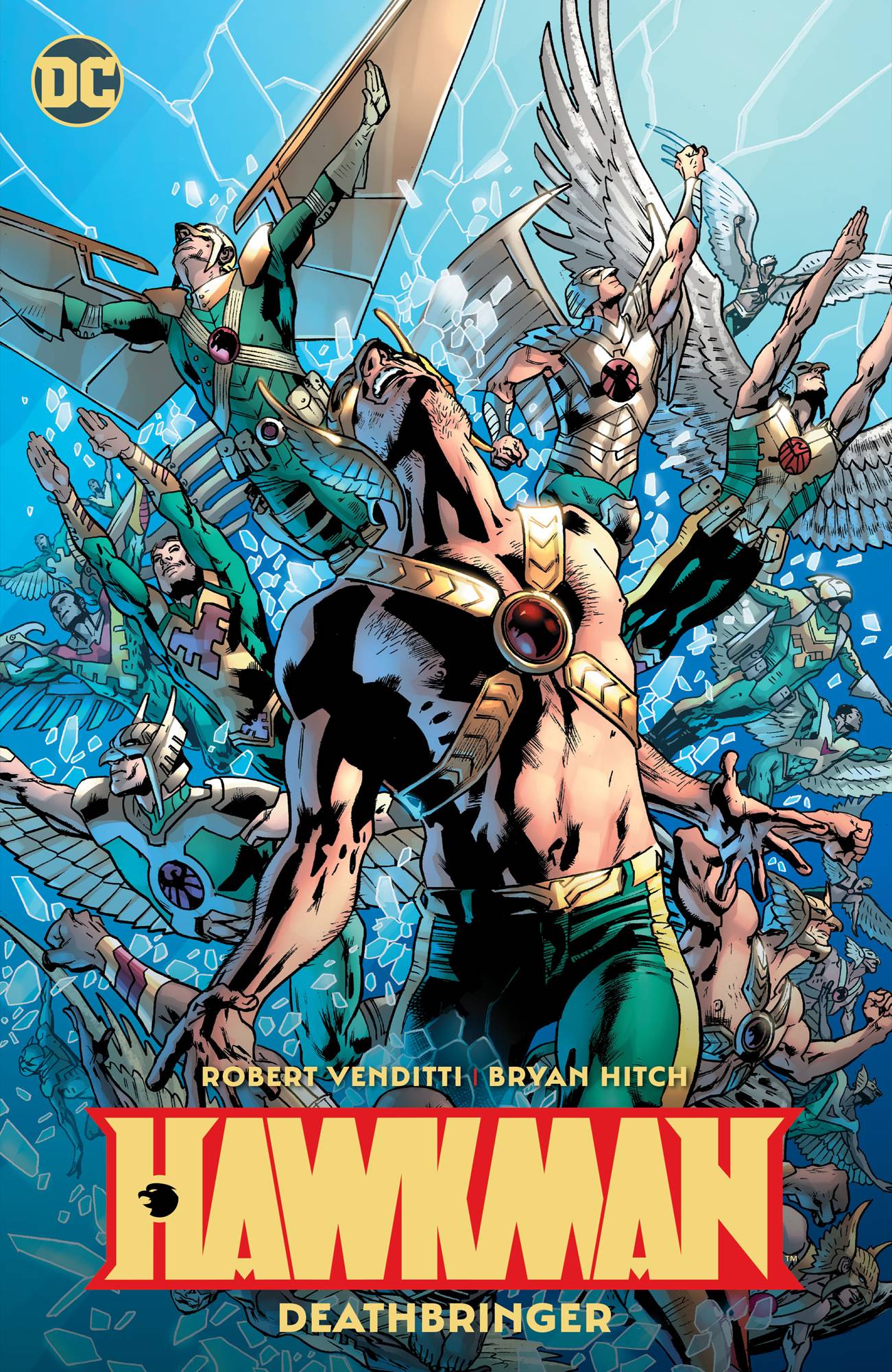 #
SEP190578
(W) Robert Venditti (A) Andrew Currie, Andy Owens, Norm Rapmund, Scott Hanna (A/CA) Bryan Hitch
As Hawkman struggles to protect London from the devastation of a new threat, the answer he seeks resides in his past life-the only question is, which one? Rocketing across the cosmos in his newly recovered spaceship, Carter Hall is en route to the next stop on his adventure through time and space. Locked within the ship's memory banks is the truth behind Carter Hall's reincarnation ability, as well as his connection to the Deathbringers-giant, winged beings of immeasurable power on their way to destroy Earth! Collects Hawkman #7-12.
In Shops: Dec 04, 2019
SRP: $16.99
View All Items In This Series
ORDER SUBSCRIBE WISH LIST